Be on the look out for a new breed of super hero when Disney’s Buddies make their debut in there new movie Super Buddies. That is right they are all back, Budderball, Mudbud, B-Dawg, Buddha, and Rosebud. Each discover mysterious rings that give them their own super special power.

#SuperBuddies are on a encouraging adventure as friends that learn how to work as a team to fight crime. The Blu-Ray combo is set to release August 27.

To catch a sneak peek of all five Super Buddies I have included a few clips below.

Play some fun match up and decoder games then create your own Super Hero Identity and transform your canine companion into a Super Buddy with a cape craft! 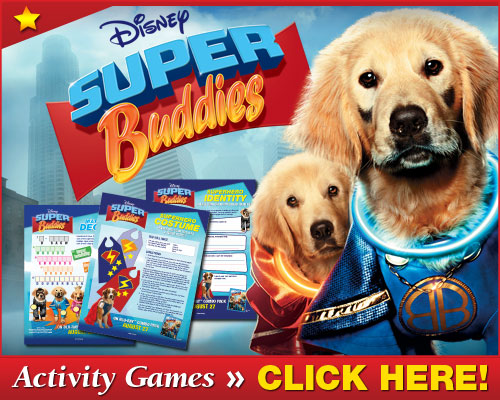 Stay connected with the latest news and information on “Super Buddies.”