You Are Here: Days of a Domestic Dad » Avoid Making These Mistakes After a Car Crash
August 3, 2020

The idea of being in a car crash is the ultimate nightmare. Especially if your children are in the car with you. You’re dealing with confusion, anger, pain from your injuries, fear for your family and your adrenaline is pumping like never before.

Mistakes After a Car Crash

It’s in these frantic moments that mistakes are easily made. And it’s these mistakes that can land you in trouble with the police and even jeopardize the stability of any personal injury claim you may want to make.

If you’ve never been in a crash before, it makes sense to understand the process (click the link to speak to car accident lawyers with an office in Pittsburgh for more info). We all know that we should get the details of the other driver involved, but is there anything you shouldn’t do after a crash?

Read on to discover which mistakes you should avoid after being in a car crash.

A huge mistake that could get you in trouble with the law. If you’re involved in a car accident, it is a legal requirement to call the police. Failing to do so could land you in big trouble and an arrest, community service, huge fines and a pretty bad knock to your reputation. These days, there are cameras everywhere, CCTV, smartphones and dashcams, it’s highly unlikely that you’ll get away with it. Even if you weren’t at fault, you should remain at the scene and call the police as soon as possible.

Leaving your car in the road

If possible, move your vehicle out of the way of traffic. Slow down and put on your hazard lights to indicate that you’re aware of what’s happened and to show that you’re not trying to flee the scene. Leaving your car in the road and inspecting damage in the way of oncoming traffic puts yourself and other motorists at risk.

Pretending that you’re not hurt or downplaying your injuries is incredibly naive. Of course, you don’t have to roll around on the ground and scream for an ambulance, however, any kind of injury should be investigated by a healthcare professional. Soft tissue injuries may take a few hours to manifest properly, and even head or internal injuries can go undetected in the first few hours after a crash. Always seek medical attention after a crash. If anything, your medical treatment plan and consultation will make your personal injury case stronger.

Are you apologetic by nature? Or do you crumble under pressure? If you find yourself apologizing after a crash or claiming responsibility because the other driver is being aggressive, then you’re going to jeopardize your insurance claim and your personal injury case. Never admit fault after an accident and avoid going into the details of what happened with the other driver.

And finally, forgetting to speak to a PI lawyer

After an accident, the statute of limitations will limit the validity of your claim. So, you must speak with a PI lawyer as soon as possible. Failing to do so will render your claim invalid. 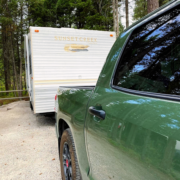