You Are Here: Days of a Domestic Dad » #DennysDiners No Kid Hungry Program Helps to Feed Thousands in Texas
September 4, 2015

The United States is one of the wealthiest nations in the world, but grim statistics are reported for us concerning poverty and hunger. Sadly, one out of five children in the United States does not get adequate nutrition. That translates to 16.2 million children who are food-insecure meaning that hunger is or has been an issue for them. Teachers for grades K-8 report that they see kids come to school hungry on a regular basis, and a formal study reported that 22 percent of children under age 18 live in poverty.

Federal nutrition programs are in place, but studies show that resources such as summer nutrition, school breakfasts, and SNAP are not reaching all who need it. So once again this year, Denny’s Diner restaurants are participating in the No Kid Hungry program. Beginning September 1st and running through October 12, 2015, the popular American icon restaurant Denny’s will give out coupons for $9 of free food to everyone who donates $3.

It’s a win-win for Denny’s, its patrons, children in poverty, and the whole nation. A recent analysis of third party studies and public data reveals food insecurity can result in impaired brain function for growing children. These children can’t reach their full potential, and the nation’s future becomes threatened. That’s because eventually, childhood hunger impacts, among other things, the American workforce. It also skyrockets national health care costs. A cycle of poverty is perpetuated. 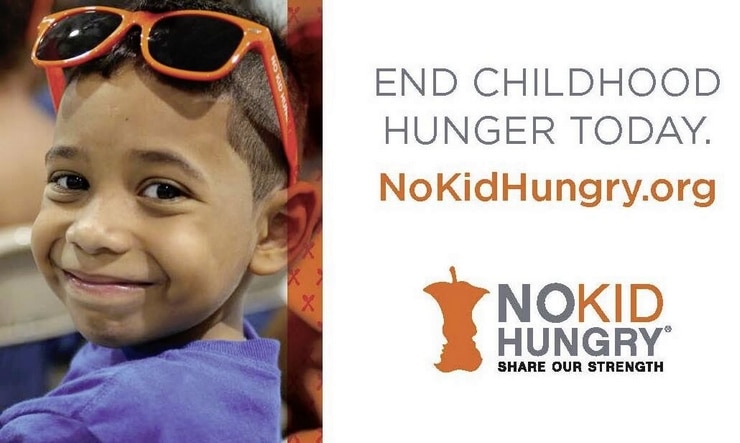 In 1943, a prominent child psychologist, Abraham Maslow produced a paper on the theory of human motivation. He established a hierarchy of basic needs that begins with food and water, followed by safety, love and belonging, self-esteem and self-actualization. He proposed that children reach their fullest potential when these basic needs are met. At least one study found that children who started the day with a healthy breakfast shown a 17.5 percent increase in math scores on standardized tests.

1 in 4 kids struggle with hunger.

Only 62% of kids who qualify for free/reduced lunch are also getting school breakfast.

Only 12% of kids who qualify for free/reduced lunch are also getting summer meals.

Dallas Independent School District is one of the largest school districts in the country, but size didn’t stop the district from setting an ambitious goal of ensuring that every one of its 158,000 students receives breakfast every day. No Kid Hungry Texas worked with the district and other partners to make breakfast a part of the school day. The district is now serving more than 12,800 more breakfasts each day. That means 2 million more breakfasts are being served in Dallas schools each year. Mary Ann Gibson, a 4thgrade teacher from Dallas, said, “I have seen a tremendous growth in children being alert, happy, not visiting the clinic as much, and ready to learn since our school has participated in the program. This breakfast ensures my students a good start to the day.” By investing in commonsense solutions that connect kids to food, we ensure children have the fuel they need to succeed. Learn more about how you can help end childhood hunger.

Almost 1,600 Denny’s around the nation will join in this campaign. They are proud to be a part of something that has such a profound impact. “At Denny’s we love to feed people, and we’re committed to ensuring that kids across the country have access to a wholesome breakfast, the most important meal of the day,” said Denny’s Chief Executive Officer John Miller. “No Kid Hungry is one of the most recognized and impactful anti-hunger campaigns in the country, and we’re proud of our longstanding partnership with them, working together to combat childhood hunger and help make a difference, one meal at a time.” 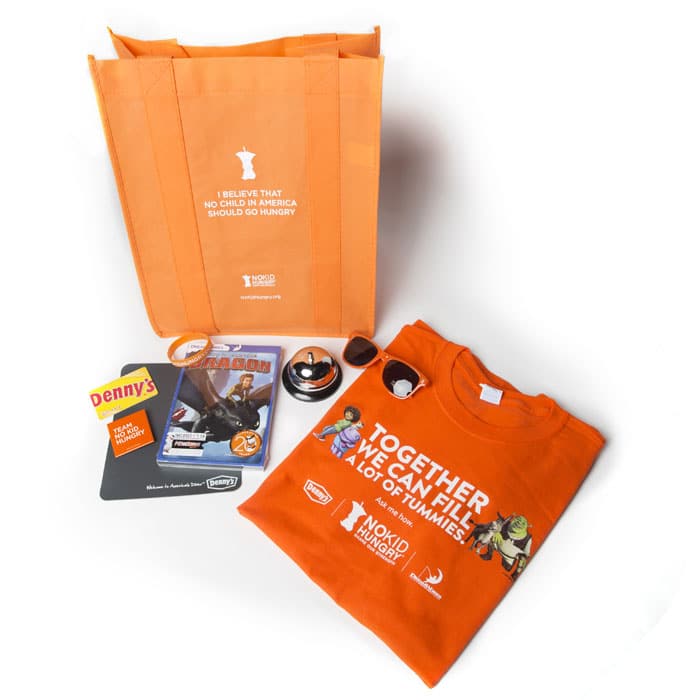 With help from Denny’s and No Kid Hungry, I’m offering one lucky ready a prize package featuring DreamWorks prizes (DVDs, toys), two exclusive Denny’s No Kid Hungry t-shirts, No Kid Hungry sunglasses, wristband, bag, and $10 Denny’s gift card. The giveaway it open to US residents and ends on September 17, 2015. Use the form below to enter and good luck!


« Homemade Chicken and Waffles Recipe for the Whole Family
Ford Trucks We Own Work: How the F-Series Has Dominated Work throughout History and Today »