In recognition of the Labor Day holiday honoring the achievements of American workers, Ford Motor Company is highlighting how Ford Trucks have helped our customers build a better world for nearly a century.

Ford Trucks We Own Work

There’s a reason why Ford trucks own work. Ford’s involvement in some of the most challenging work projects in U.S. history demonstrates why Ford F-Series trucks have earned the trust of America’s hardest workers as the toughest, smartest and most capable trucks on the road.

More than any other heavy-duty pickup in the market, Ford F-Series is trusted by tradesmen to get the job done. Some statistics include:
· 81.7% of workers in the waste management industry;
· 78% of government workers; and
· 53.7% of highway and street construction workers use Ford trucks to get the job done.

But it takes more than statistics to tell this story. Ford’s reputation is based in its Built Ford Tough promise to customers.

Mario Sinacola and Sons, a successful excavation contractor, is using a fleet of F-Series to build the new Dallas Cowboys Headquarters in Frisco, Texas (commonly referred to as “The Star in Frisco”). The fleet ranges from the all-new Ford F-150 – Ford’s toughest, smartest, most capable F-150 ever – to the Ford F-750.

“We’ve had good luck in regards to the reliability of Ford trucks and we have a lot of history with Ford. We also like that we can be consistent from F-150 up to F-750 throughout our fleet,” said Lynn Vanlandingham, VP of Equipment Operations, Mario Sinacola and Sons.

When complete in the fall of 2016, the new Dallas Cowboys development will feature a practice stadium and multi-use special event center, two outdoor practice fields and a full headquarters facility for the Cowboys. The Star in Frisco is part of a multi-billion dollar development.

“The Cowboys organization has a longstanding partnership with Ford Motor Company,” said Stephen Jones, Chief Operating Officer, Dallas Cowboys. “It’s great to know that the workhorse of Ford, the F-150, is helping in the building of the future home of the Dallas Cowboys.”

The Ford F-Series line of trucks has also owned work on a diverse mix of some of the most important infrastructure projects in U.S. History

At the Edge of the Arctic: The Alaska Road Commission used Ford trucks to help build and maintain more than 2,000 miles of road and 70,000 miles of trails. Ford trucks often took on soft, thawing ground, hauled rock, gravel timber or dirt, pushed graders and worked on scores of other necessary jobs. In 1939, a loaded, two-ton Ford V-8 truck could easily make the 370-mile run from Valdez to Fairbanks – via gravel roads – with an average speed of over 20-mph.

Powering Los Angeles: Ford trucks were put to work in the late 1930s on the construction of the Hoover Dam Transmission Line that would power the city of Los Angeles for the next 100 years. Concrete mixing equipment mounted on Ford trucks made possible speedy pouring of concrete foundations for the towers. Trucks were driven from tower to tower, and winch gear units mounted on Ford V-8s hoisted the towers. Even a portable service station rode a V-8 and supplied fuel to other field equipment strung across the desert.

History repeats itself, and the hardest workers choose Ford trucks. This is why Ford owns work.

The 2018 Mazda6 is a fun, sporty sedan for families seeking a comfortable ride at a great price. Mazda’s signature Japanese designs, coupled with human-centric engineering, result in a seamless driving experience. You get the feel of a luxury vehicle…

Excited to be bringing you this post through a partnership with Clean & Clear®. Being the father of 4 girls, you can imagine that things in our home can be a little… exuberant. Girls are passionate about things they care…

You can get that new GoPro Hero4 Session that you have always wanted, and you can take it with you on your next big family trip. You are opening yourself up to a lot of possibilities when you are using… 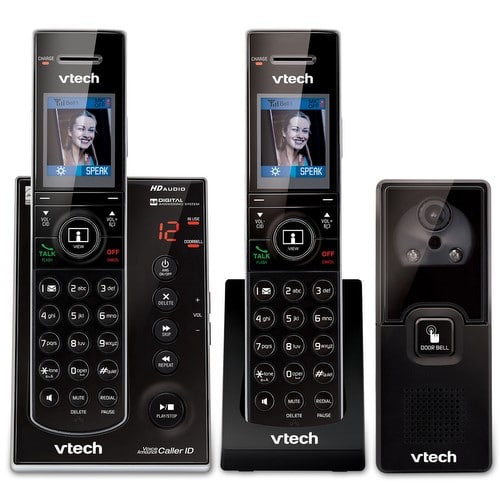 With spring upon us, it’s a great time to start thinking about home safety tips and upgrades. Here are a few digital ways you can easily upgrade your home to make it safer: • Protecting the Computer – Do you…

Disclosure: All posts must include the following disclaimer: The reviewer has been compensated in the form of a Best Buy Gift Card and/or received the product/service at a reduced price or for free. The new Sony Xperia XZ Premium Smartphone…

It’s that time of year again when I look forward to a minty McDonald’s Shamrock Shake. The shakes are available from February 7th through March 21st. I have to admit that I was pleasantly surprised to find that there are…