Walt Disney’s 31st animated movie classic Aladdin has been re-released in stunning Blu-ray and Digital HD and comes packed with tons of extra content never before seen! The timeless tale of Aladdin, a street urchin turned Prince by finding an old dusty lamp with a magnificent Genie cramped inside and wishing to be given the chance to win the heart of the beautiful Princess Jasmine has been a movie staple in family homes since 1992 when it was originally released.

On the newly re-released set you will find extra content such as “Aladdin: Creating Broadway Magic”, a showcase of how Aladdin the film was adapted for the broadway stage for theatre goers, “Unboxing Aladdin”, which is filled with insider knowledge about the film and deleted scenes and even an extra song, and “Genie 101” and “Genie Outtakes” that both show bits of the notorious Genie played by the late great Robin Williams famous for his hilarious impersonations and quick witted humor that will make his portrayal of the Genie unforgettable.

All this extra content just adds a bit more seasoning and backstage action on top of a spectacular movie featuring an academy award winning musical score, incredible vocal performances and color rich visuals that have now all been retouched to sound and look better than ever before and will allow you and your family enjoy this movie for many more years to come in it’s most polished and outstanding edition yet!

Synopsis: Disney’s beloved masterpiece will make your heart race and your spirit soar. Experience the laughter, adventure and Academy Award®-winning music (1992: Best Music, Original Song, “A Whole New World,” Original Score) for the first time on Blu-ray and Digital HD. And now Aladdin shines even brighter with never-before-seen tributes to the enchanting talent of Robin Williams, the “Genius behind the Genie”.

Voice Cast: Robin Williams (Jumanji, Night at the Museum) as The Genie, Scott Weinger (TV’s “Full House”) as Aladdin, Linda Larkin as Jasmine, Gilbert Gottfried (TV’s “Saturday Night Live”) as Iago, Jonathan Freeman (Aladdin: the Musical on Broadway) as Jafar, Douglas Seale (Rescuers Down Under, For Love or Money) as Sultan and Frank Welker (Mulan, The Smurfs 2) as Abu.

Joeli and I are excited about the release of The Mitchells vs The Machines on Netflix this week (April 30th). The humor and level of animation are entertaining for both of us. It’s no wonder from the same team that…

Disclosure: The post is in partnership with Universal Pictures Home Entertainment Gru, Dru and the whole crew is coming home for the holidays! Your home that is. The #1 animated comedy of the year, Despicable Me 3 Special Edition is… 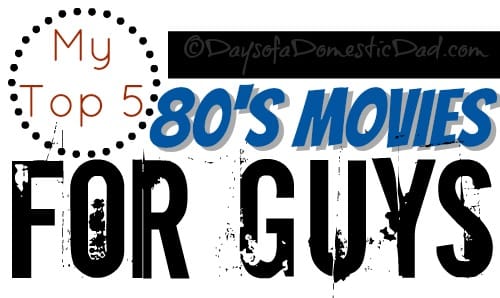 I sat down and thought about five 80’s movies since that was the era that effected me the most.