Disclosure: As part of the Netflix #StreamTeam I was providing service and a couple of gifts. This post shares the best children’s excuses and a few bedtime stories for kids. All stories are my own.

Best Children’s Excuses For Staying Up Past Their Bedtime

Children try very hard to stay up past their bedtime. The main reason is that they believe that they will be missing something after they go to sleep. They will come up with any reason imaginable to delay going to sleep and their parents and guardians have to weed through the multiple stall tactics that children attempt to use every night at bedtime. Their reasons for staying up late go from the basic excuses that have been used over and over again to the unique ones that make us wonder where they got them from and even make us laugh at times. There are ten top reasons that kids try to use as an excuse to stay out of bed.

The main reason children use to stay up longer is that they are thirsty. Other reasons they try to use are: we did not read a book (after quite a few books have been read), they need to go to the bathroom, they are hungry, and why do they have to sleep while we get to stay up? The list continues with one of their body parts hurting, they are scared, asking obscure questions like “Why do tigers have stripes?”, they are either too cold or too hot, and that they heard a noise. Children also come up with very creative and strange reasons to avoid going to bed.

Children are quick-witted and can think of creative and even strange reasons to stay awake past their bedtime. Some of these reasons include: there is a mermaid under their bed, they need to stay up past midnight because the clock told them to, a banana spider is going to come through their window, they need to eat toast in the bathtub before they go to bed, there were fairies in their bed, and they need to look for aliens. Other reasons children use to try to stay up late include: they have to grow a tree, their teddy bears do not want them in their bed, their stuffed animals keep looking at them, and that their legs are not tired. Some more of their creative reasons are making sure that their parents are still awake, wanting to say good morning, telling their parents that they love them, they got out of bed so they need to be tucked in again, they do not want to sleep alone, and their nightlight is too bright or not bright enough. The excuses do not end there as they are broad and expansive as a child’s imagination.

What are the Best Children’s Excuses

Additional imaginative reasons children use to use to stay up late are: they scratched a bug bite and it is bleeding, they want one or more hugs, there is a bug inside or outside of their room, they did not finish something on a game they are playing, their stuffed animal fell out of their bed, they did not say goodnight to their pet, and they are scared of their shadow. The creativity does not end there as children show with these excuses: they thought their parents were lonely, they did not finish their homework, they want to study spelling words, they forgot to tell their parent something important, can their pet come sleep with them, the pet is keeping them awake, dinner requests for later in the week, they are not tired anymore, they had a nightmare, they smelled food, and asking if their lunch is ready for school. Staying up for five more minutes is another request that children have when it is time for them to go to bed. When they ask this again, their parent or guardian can tell them that they can watch a whole television show episode before they go to bed.

Read a Book for Bedtime Stories for Kids

When the bedtime battle approaches again, parents and guardians can now tell their children that they can view an entire episode of a television show before they go to bed. What children do not know is that these episodes are only five minutes long. Netflix and DreamWorks Animation recently launched Dinotrux 5 Minute Favorites, that are new episodes of the latest hit, and a brief and nice television show. This show lets the little negotiator think they are getting away with the timeless ‘just five more minutes’ stall tactic. In a short five minutes, a child can go to bed happy with the knowledge that not only did they get to stay up five more minutes, but they also got to watch a television show. With all the stall tactics a child can and do use to avoid going to bed, at least the ‘just five more minutes’ plea can now be properly dealt with. Score one for making bedtime much less of a battle, with bedtime stories for kids.
#StreamTeam 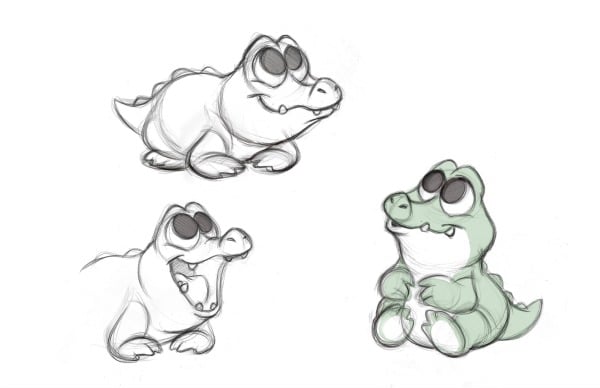 We sat down with two young ladies while at the Walt Disney Studios to take about a movie they are completely excited about: Disney The Pirate Fairy. The Pirate Fairy – Film Makers Interview Both Peggy Holmes (Director) and Jenni…

Maybe it’s because we have several packages delivered a week, or perhaps because we have two teenage daughters, but whatever the reason, we enjoy the security of our Arlo cameras. Arlo Ultra Camera In fact, most recently, we upgraded our…

Niro Concept Reality Following the Niro Concept of the 2013 Frankfurt Motor show, the 2017 Kia Niro will get nearly 50 mpg due to a dedicated platform and a unique hybrid system. It without a doubt maintains the appeal of a…

Disclosure: I received an all-expense paid trip to Los Angeles from Disney to attend an event for The Little Mermaid diamond edition DVD release. This is my review and experience, all opinions are mine. I can clearly remember the first…

Do you want to know what Dusty Crophopper has been up to? He has moved up from dusting crops to putting out forest fires. Planes Fire and Rescue “Planes: Fire & Rescue” is a new adventure-comedy about second chances, featuring…