This is a sponsored post on behalf of Life of Dad and Kelley Blue Book. I have received compensation for this post; however, all opinions stated are my own.

A few months ago I joined a few other dads at Kelley Blue Book HW to test drive and give our favorite picks for vehicles of the year. It was so cool to work with the folks at KBB.com, they have the best team to do what they do. Drive and review vehicles. I trust them, and that is why I am to say the winners are in and I 100% approve!

Today’s compact cars are roomier, safer, more comfortable and tech-savvier than ever, and the recently redesigned Honda Civic is the undisputed king of the category.  Boldly styled, famously refined, supremely efficient, satisfying to drive, comfortable and loaded with appealing features, the Honda Civic is the first vehicle to be named our Overall Best Buy two years in a row.

The Honda Civic’s current run of Best Buy recognition spans two generations and now three model years.  Last year’s redesign earned it both a Best Buy Award and the top spot on our list of favorite new cars of the year, and it remains just as impressive and dominant in its second model year.

Honda’s famously dependable mid-size sedan is a resale value standout, keeping overall ownership costs low.  But the Accord also is satisfying to drive and thoroughly refined, qualifying it as a well-rounded package and earning it a second Best Buy Award.

The Chevy Impala remains as roomy, comfortable and value-oriented as you might expect.  But it’s also a design and tech standout, mixing stylish sheetmetal with an attractive interior and an impressive list of in-car technologies including Apple CarPlay and wireless phone charging.  A strong combination of purchase price and resale value help it win its third Best Buy Award in as many years.

With a newfound emphasis on fuel economy, connectivity and everyday usability, the revamped 2017 Porsche 718 Boxster has effectively broadened its appeal while retaining the world-class dynamism for which the nameplate is renowned.

The Prius lineup expands again for 2017, this time with a distinctly styled and outfitted plug-in model that delivers 25 miles of pure electric range, 640 miles of total full-charge/full-tank range, and a 133 MPGe rating that’s the highest of any electric car of any sort currently available.  Combined with the lineup’s well-documented history of reliability and low ownership costs, the Toyota Prius Prime wins our Electric/Hybrid Best Buy of 2017.

Kia’s class-leading warranty coverage remains, but everything else about the Kia Sportage is all-new for 2017.  Its Best Buy Award-winning strengths include the bold face and sleek rear end, attractive and functional cockpit, roomy rear seat and practical cargo area.

Fresh off a complete redesign last year, the newest Honda Pilot has it all – including its second Best Buy trophy.  It’s not only the roomiest and most practical SUV in the segment, it’s also comfortable, pleasant to drive and loaded with features that serve drivers and passengers alike.

Offering a combination of style, comfort, economy and value that’s positively unmatched in market appeal, the Chevy Tahoe is the best-selling SUV in the segment and now a back-to-back-to-back Kelley Blue Book Best Buy for the third year running.

One vehicle at a time, Mercedes-Benz continues to build its most appealing lineup in years.  The exterior designs are intrinsically appealing, while the interiors are as rich as ever but far more contemporary and desirable.  Class-leading safety and convenience technologies also are part of the story, as is the persistent prestige of the three-pointed star.  The GLC embodies every bit of the automaker’s rediscovered style and swagger.

Radically redesigned with an aluminum-intensive architecture two years ago, the Ford F-150 has been named our Pickup Truck Best Buy ever since.  Beneath the groundbreaking construction are a variety of advanced engines and transmissions, and a long list of clever features and appealing technologies.  This year it adds one more trophy to its growing collection with its third consecutive Best Buy Award.

Chrysler’s all-new Pacifica minivan doesn’t just replace the long-running Town & Country, it blends luxury and practicality like no other minivan before it.  Luxury-level dash design up front is complemented by rear quarters that offer all the utility you expect in a minivan, but with uncommon design sensibilities.  It’s also a pleasure to drive, helping it lock up a Best Buy Award in its first year on the market.

For more information and news from Kelley Blue Book’s KBB.com, visit www.kbb.com, follow them on Twitter at www.twitter.com/kelleybluebook (or @kelleybluebook), Facebook at www.facebook.com/kbb, and get updates on Google+ at https://plus.google.com/+kbb.

The 2018 Volkswagen Atlas was named the Best Family SUV by the Northwest Automotive Press Association (NWAPA) at the 2018 Outdoor Activity Vehicle of the Year competition. Editors at Parents magazine praised the Atlas for the six-year or 72,000 mile…

Disclosure: The reviewer has been compensated in the form of a Best Buy Gift Card and/or received the product/service at a reduced price or for free. The LG Twin Wash system gives you the best of both worlds for doing…

The United States is one of the wealthiest nations in the world, but grim statistics are reported for us concerning poverty and hunger. Sadly, one out of five children in the United States does not get adequate nutrition. That translates…

Disclosure: I am a part of the #CapriSunCrew and have a paid position with Capri Sun. Regardless, all opinions and experiences are 100% my own. With warmer days hot on our heels, we are gearing up for a busy Summer… 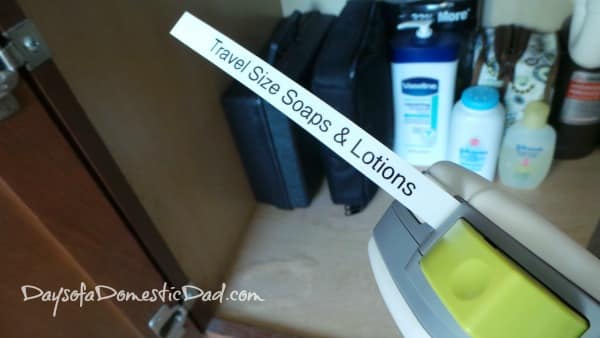 Disclosure: I participated in an Ambassador Program on behalf of Mom Central Consulting for Brother P-touch. I received a product samples to facilitate my review and promotional item as a thank you for participating. #MC  Organize Identify Simplify It has always…

At the moment, millions of employees across the world are working from home. While working at home was becoming increasingly commonplace before the Covid-19 pandemic, there has been a vast increase in the number of homeworkers in recent months. Working…