The Kronos American Worker Campaign is a website video series dedicated to highlighting everyday people in the American workforce who are extraordinary at what they do. While they often remain unnoticed and are sometimes underappreciated, the jobs they do are essential. The campaign team has produced a series of videos documenting the stories and work of these passionate individuals. Each short film celebrates one person’s commitment to his or her work. Episode 22 – Paul Francis Found His Rhythm tells the story of Paul Francis, Director of Research and Development at Zildjiian Cymbals. 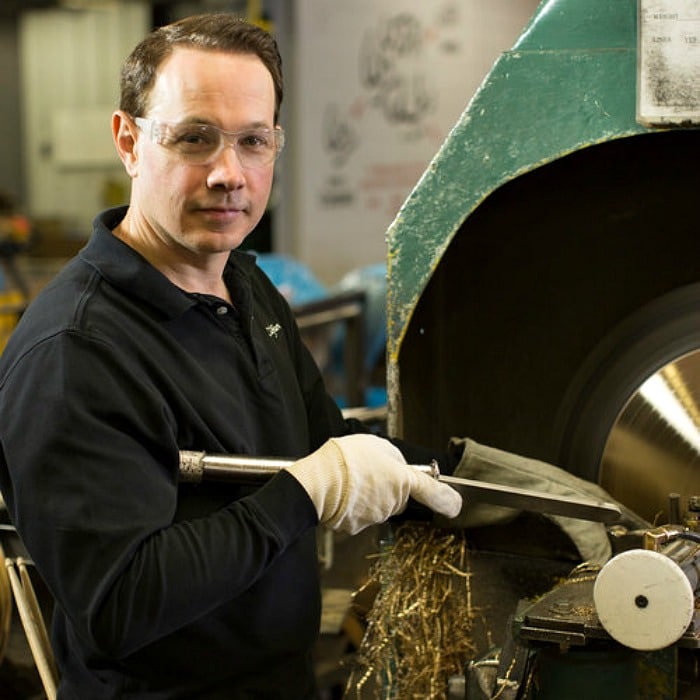 Paul was a talented and aspiring drummer who struggled to find steady work as a band member. While Paul’s parents supported his passion as a musician, they told him that he needed to get a day job to make ends meet. He started working at Zildjiian Cymbals sweeping floors. He was mentored by an expert cymbal tester at Zildjiian. He worked his way his up to a position making instruments for some of the most notable drummers in the music industry. He has now been with Zildjiian for 28 years and is Director of Research and Development. Steve Smith, drummer of the band Journey, speaks eloquently of Paul’s passion for his trade in the video. Steve praises Paul for being an incredible craftsman who is leading the way with his creative ideas.

Paul spends his time finding the exact proportions of metal and manipulating that into the proper shape of cymbal to create the sounds a particular drummer desires. Having a great ear and musical sense, Paul is able to help iconic artists get the exact sounds they want from their instruments. In the video Paul shows us how he tools the metal into a perfectly cupped disc and then tests it for the right tone. Paul Francis is a master at his trade.

This series of videos really pays homage to the American Workforce. Like Paul’s parents, I want to eventually encourage my children to join the workforce and discover their own passions. The possibilities are endless in this country. You can subscribe to watch the free videos at the American Worker Campaign site. Each story is unique and inspirational.

This Kronos American Worker Spotlight: Paul Francis Found His Rhythm is a sponsored post. All opinions expressed here are my own. #1in100MM #WorkForceStories

« What Can You do with Home Equity Solutions from Capital One?
Stay Warm this Winter with These Delicious Hot Chocolate Mix Recipes »