Disney has release another classic from the Disney Vault in a special edition Blu-Ray + DVD + Digital copy combo. So get ready for some high flying, pixie dust floating, swashbuckling action in Disney Peter Pan Return to Neverland.

Release the inner child inside as you return to Neverland with Peter Pan, Captain Hook, the Lost Boys, Tinker Bell and Jane the daughter of Wendy. Join along as Peter and the gang help Jane believe in faith, trust, and pixie dust. Will Jane understand and take the leap of faith, will Peter Pan finally defeat Hook and his band of pirates? 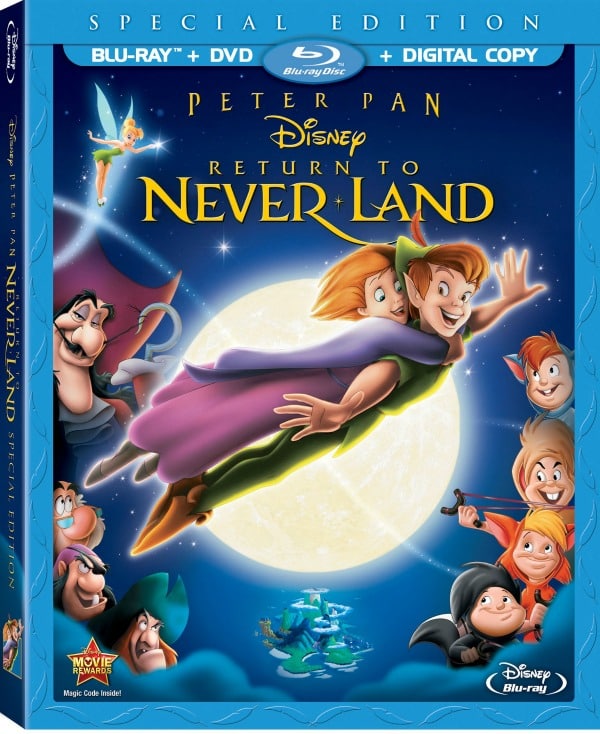 Writer: Temple Matthews (The Little Mermaid 2: Return to the Sea, Mickey’s Once Upon a Christmas)