I have always been a huge fan of Disney and the magic they produce, in person or on camera. Recently I am thrilled again with the upcoming premiere of Descendants. This Disney Channel exclusive is a slam dunk winner and has all the components to win Disney Channel viewers’ hearts. After the movie’s screening, we had a moment to visit Kenny Ortega, the director, and choreographer. Let’s meet Disney Descendants Cast & Director Kenny Ortega.

Not knowing much about Kenny before hand and all the wonderful films he had worked on was surprising. Kenny Ortega has a passion for film making, but more so for music.

“… when music and dance become part of the storytelling it’s fairly simple when you can turn a page and there’s a reason for it to exist. Part of my work is already accomplished… the characters go from here to here and this is what happens in between.”

We visited with Kenny about the making of Descendants and how he had to team up dancers and non dancers together, and the entire cast learned all the numbers in ONLY 3 weeks! He was able to read through the script and place music numbers where he thought they fit best in the story.

When asked about his favorite scene from Descendants, Kenny said; My favorite? I think Rotten to the Core and I’ll tell you why. I started it as, as an actor at 13 years old and I was lucky enough to be in the original London touring production of Oliver and when I first read the script and started to imagine the world I thought of the Island of Loss, a bit of Dickens and a little kind of old London town under the bridge, that darker underworld and I loved the idea of being able to take Rotten to the Core, use it as character introduction and also to introduce us a bit to the island, what this place is.

Kenny shared that he just loved working with the cast, all the way from the dancing to the acting. I also think the feelings were the same from the cast. Just take a look at what Dove Cameron and Cameron Boyce had to say about their roles:

“Filming ‘Descendants’ was some of the most fun that I’ve had in my entire life. It was the most incredible and magical cast and crew. Kenny Ortega is a genius. All of my costars are absolutely talented and magnificent, and everybody was handpicked so specifically. They’re all my heroes, and I really hope that we get to work more together.” –Dove Cameron (Mal)

“The experience was amazing. We worked with Kenny Ortega, and Vancouver, Canada is beautiful. Had a really great time, the cast was really close. We spent a lot of time together just hanging out, and we were a really tight knit group.” –Cameron Boyce (Carlos)

Who are the Disney Descendants Cast & Director Kenny Ortega?

In a present day idyllic kingdom, the benevolent teenaged son of the King and Queen (Beast and Belle from Disney’s iconic “Beauty and the Beast”) is poised to take the throne. His first proclamation: offer a chance at redemption to the trouble-making offspring of Cruella de Vil, Maleficent the Evil Queen and Jafar who have been imprisoned on a forbidden island with all the other villains, sidekicks, evil step-mothers and step-sisters. These villainous descendants (Carlos, Mal, Evie and Jay, respectively) are allowed into the kingdom to attend prep school alongside the offspring of iconic Disney heroes, including Fairy Godmother, Sleeping Beauty, Rapunzel and Mulan. However, the evil teens face a dilemma. Should they follow in their nefarious parents’ footsteps and help all the villains regain power or embrace their innate goodness and save the kingdom?

You don’t want to miss Descendants when it airs next week, July 31st at 7pm on Disney Channel. 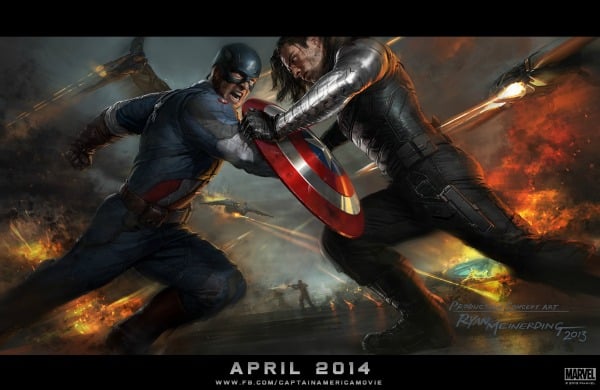 With Comic-Con 2013 coming to an end this past weekend, we can reflect on some of the upcoming movies set to release later this year. Marvel Studios has started to make its presence known once again at the theaters… and…

Disclosure: I received a copy of Marvel’s Thor The Dark World on Blu-ray for review. All opinions are my own. Its been two years after the events of The Avengers, Thor, Norse god of thunder and prince of Asgard, has returned…

I am overly excite to announce I am headed back to the studio, Disney Studios that is. Later this week I will be joining a few other bloggers to screen Marvel’s new movie #AntMan as well as the new Disney…