Who is the Winter Soldier? Better yet, who is Sebastian Stan? At least that is what I asked myself a few weeks ago before screening Captain America: The Winter Soldier. I know if I was sort of a comic buff, I would know prior, but I am not. So for everyone that doesn’t know who the Winter Soldier is, let me give you some insight.

Steve Rogers’ best friend Bucky Barnes was thought to have died in World War II. However, he resurfaces decades later as the Winter Soldier, a brainwashed , mega-enhanced Super-Soldier doing dirty work for a mysterious organization. The hardend Winter Soldier has no memories of his former identity and that suits him just fine, he is a killing machine.

When you were first cast as Bucky in the first movie, did you know that Bucky would come back to life as The Winter Soldier later on?
Sebastian Stan: I didn’t because I hadn’t read anything. And there was no script for Captain America when I was auditioning. Actually, all I really had was a scene between Steve Rogers and Bucky and I was auditioning for Steve Rogers. So, I obviously looked up things about Steve Rogers but I never looked up anything about Bucky. And when I didn’t get that part, I sort of thought that was that. I actually didn’t want to read any of the comic books or anything going into the audition process because I wanted to just have a fresh perspective. But then when I talked to them about Bucky after that, they educated me on the story.

Was it difficult to switch roles from Bucky to The Winter Soldier?
Sebastian Stan: Well, yes and no. I would say no in the sense that everything is so spelled out for me in the comic books that I sort of feel like I have that to follow as a guide. Yes, in that certain things from comic books often aren’t so easily translated to the screen. There were things visually that were new that we had to discover about the character.

I mean in the comic books there was a lot of information but in terms of how the Winter Soldier moved, how he behaved, what his presence was like on screen, those were all things I had to discover once I was in the outfit and we were actually shooting the movie. And that was more difficult I suppose. At the end of the day the most difficult part was playing someone that’s very different while at the same time the same person. 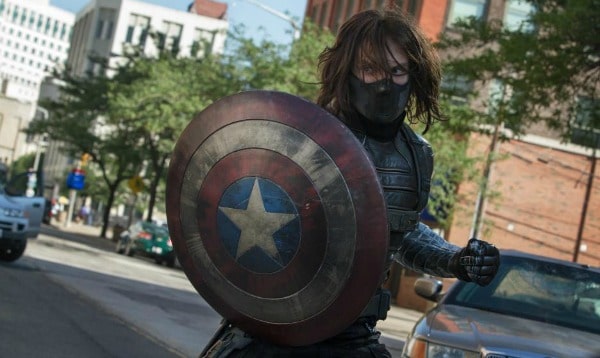 Did you have to train a lot for this role, and was it tough?

Sebastian Stan: Yes the training was really hard for me. I was never used to that type of training before. Some of the diet and the working out that was happening six months before we started shooting was really difficult at times. And then learning to fight is basically just like going to dance class. You just have to have patience. You see the stunt guys who are just phenomenal and you just wanna jump in and do it but the whole thing has to be so planned out and detailed. You can’t have a lot of room for errors because people can get hurt. So, just practicing that and repeating that everyday for about two to three months I’d say was hard, but the results were always very gratifying.

How do you mentally prepare for a role like this in terms of playing someone who doesn’t even know who they are?

Sebastian Stan: Yeah, exactly. Well, it’s funny the way things happen in life. I don’t want to get too down here but my stepdad was dealing with Alzheimer’s. And so it was interesting because while that sort of process was very painful as an observer, that was one of the things I found to be very helpful for me to observe. What their behavior is like because even though they don’t know certain things anymore, there is still that struggle within them to try and kind of know things. They respond to certain things they see or sounds they hear, a song or something kinda triggers a memory. It’s a very weird internal battle. I watched him a lot for sort of some references. Some of the things of how I was gonna sort of translate that on the screen I didn’t really know until we were literally on set. 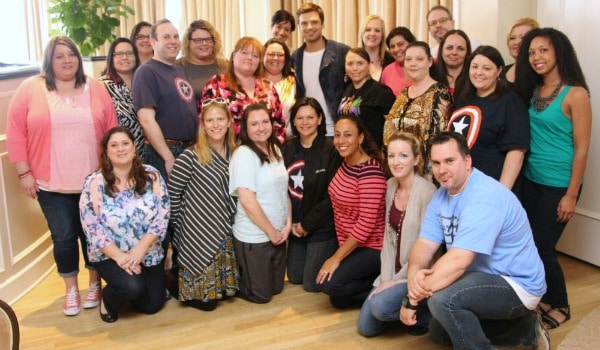 Sebastian Stan was a pleasure interviewing and I already can’t wait for the next Captain America film that features the Winter Soldier.

Over the past year I have been a part of the Kidde Ambassador program, and grateful I am. I have had many opportunities to visit with friends and family about fire safety issues. It seems most of the people I’ve…

Disclosure: As part of the Netflix #StreamTeam I was provide service and a couple gifts. All stories are my own. Year round Netflix provides our families with classic movies, many children series, romantic comedies for my wife, many hours of…

Disclosure: Clarkson Potter is partnering with me for a giveaway! I know I have written before that we really enjoy being able to grill outside or hang around our backyard fire pit. We are fortunate that the weather in Texas…

Dad’s who want to use the Toyota Tundra as a family vehicle will be in for a wonderful surprise when they start the vehicle for the first time. They will notice that this is one of the best vehicles to…

Growing older is a natural and wonderful part of life. We gain so much in the way of personal life experiences and knowledge as well as personal belongings that are irreplaceable and invaluable to us. These things are important sometimes…