You Are Here: Days of a Domestic Dad » How Two Brothers Took YouTube By Storm
September 26, 2020

Over the years, YouTube has proven itself to be a very profitable business for vloggers that have an easy camera presence and a regular posting schedule. From makeup tutorials to video game reviews, there is a very wide scope for YouTubers to make it big in almost any field.

While everybody knows some of the classic names, e.g. PewDePie or James Charles, there are two new kids on the block who are currently making waves. This article covers everything you need to know about the two young brothers that are earning some of the biggest bucks on the platform.

Who are Vlad and Nikita?

Vlad aged six and Nikita aged four are Russian-American brothers currently living in North Beach Miami, Florida. Starting their first YouTube channel in 2018, the pair currently has 15 YouTube channels in 11 different languages. They are the 11th most subscribed to YouTube personalities in the world, with over 69 million subscribers as of August 2020. The channels are centered on Vladislav and Nikita and sometimes feature their parents Sergey and Victoria. According to Cash Lady YouTube league, the boys are earning, on average, $312,300 per video.

What videos do they make?

The channels of Vlad and Nikita are composed of a range of different content. The majority of their videos show the boys unboxing and playing with new toys; others show the brothers telling stories, or going on a day out with their mother. Their most popular video is titled ‘Magic little driver ride on toy cars and transform cars for kids’. While the subject of their content might vary a little, they usually use the channel as a platform to share the values of togetherness and sharing.

Who are their audience?

The videos of Vlad and Nikita are mainly targeted to a younger audience, although many parents watch the boys to discover some of the best toys on the market right now.

According to the Pew Research Centre, 81% of parents let their children watch YouTube content with informational value, which explains how this genre of child-targeted content is currently booming. The brothers are not alone in their success; another young personality is hot on their tails. Like Nastya is a channel centered around six-year-old Anastasia Radzinskaya, who is currently coming in third in the YouTube earnings ranking, only two places behind the brothers. Nastya’s channel has over 48.1 million subscribers, currently making her about $258,000 per video. While her channel started as a way for her parents to document her treatment for cerebral palsy, it now features content such as Nastya playing with her father, dressing up and playing.

Toy unboxing remains a hugely popular genre. Vlad and Nikita took over the place of Ryan’s World, a channel that shows 9-year-old Ryan unboxing toys and was the highest-earning YouTube channel in 2018 and 2019. With unboxing channels remaining popular and videos that feature children averaging three times more views than other types of videos from high subscriber channels, the stage is set for more youth-focused toy review channels to enter the high earning list. 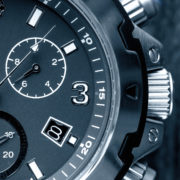 Gift Ideas For The Dad… 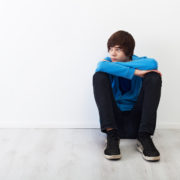