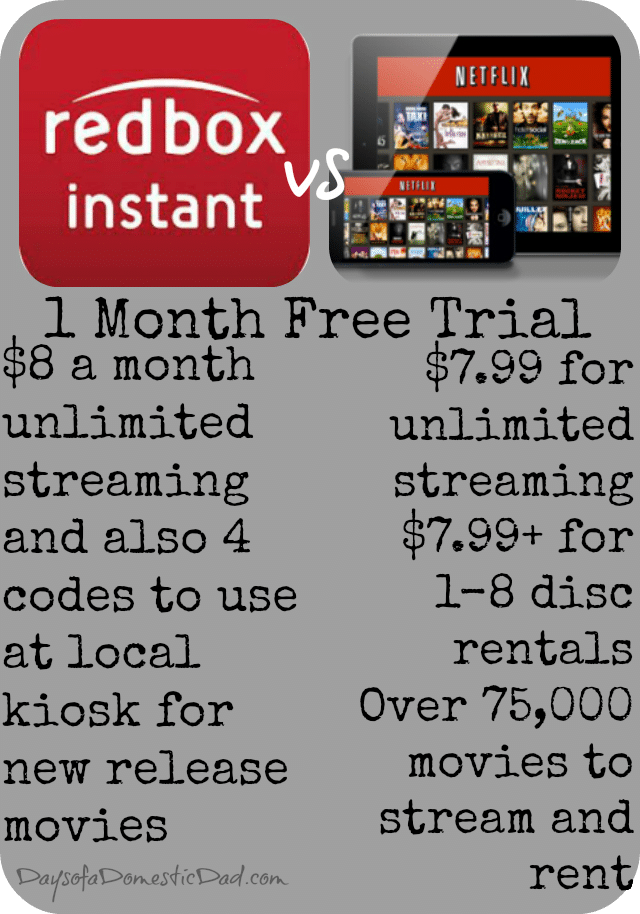 Since Redbox and Verizon announced of a joint-venture in February 2012 they have launched an invite-only beta version of the streaming service in December, offering 4,500 movies to early testers. Since then you can now join for a free 1 month trial of Redbox Instant on your  iOS or Android device, as well as their Xbox 360 and Mac / PC (via a Silverlight plugin). Samsung also offers access via its connected TVs and Blu-ray players.

Redbox has pretty much taken off the gloves and declared a match, Redbox instant vs Netflix, who will win over all the movie goers. We have had Netflix since 1997 when the company first started and could not part with it. Netflix offers so may options for my family, from the 3 years old to the 3 teens in our house. But, on the other hand we utilize Redbox at least 4-6 times a month depending on new releases.

Redbox Instant hasn’t lived up to it name completely:

Limited Devices – Redbox instant is available on iOS, Microsoft Xbox, Android devices, and a handful of Samsung TVs. That is great but does not compare to Netflix and all the compatible devices on the market.

Limited Content –  It has less than 5,000 titles available for streaming now. And those are mostly from the company’s content deal with Epix (movie company). Of course, Netflix has a deal with Epix too, along with dozens of other content owners.

Cheaper is better – Redbox Instant has Netflix beat on price. For $8 a month, users can stream to their hearts’ content while enjoying four nights of rentals from one of their local DVD kiosks. You only get unlimited streaming from Netflix at that monthly price, with DVDs costing extra.

Check out our post on Redbox codes for free movies in 2013.

Pack Label and Store With Christmas and New Years over, it is the time to back up the decorations or organize the gifts we received. For us, we always wait up till January 2nd to take down the Christmas tree…

Three Benefits to Own a Toyota TRD Vehicle Owning a Toyota TRD vehicle is a great way for your family to ride in comfort. You will have something that will last forever, and you will have a nice vehicle that… 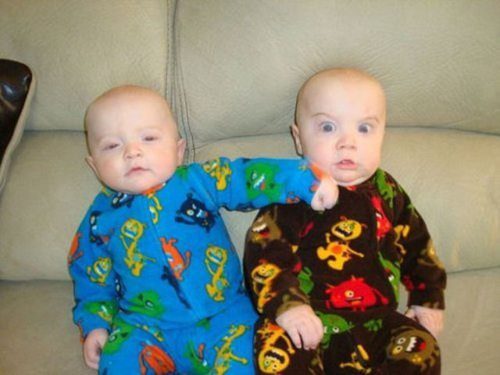 As they simply live in the moment we, as parents, get to enjoy the craziness

Disclosure: I was given  a Genesis Bow to share with my kids to explore the sport of shooting a bow and arrow. All opinions are my own. #BullsIDidIt  #spon A few weeks ago our friends from the Genesis Archery company…