You Are Here: Days of a Domestic Dad » Playing with Fire – A New Cookbook from Michael Symon
April 4, 2018

Disclosure: Clarkson Potter is partnering with me for a giveaway!

I know I have written before that we really enjoy being able to grill outside or hang around our backyard fire pit. We are fortunate that the weather in Texas in pleasantly grill friendly for most of the year. 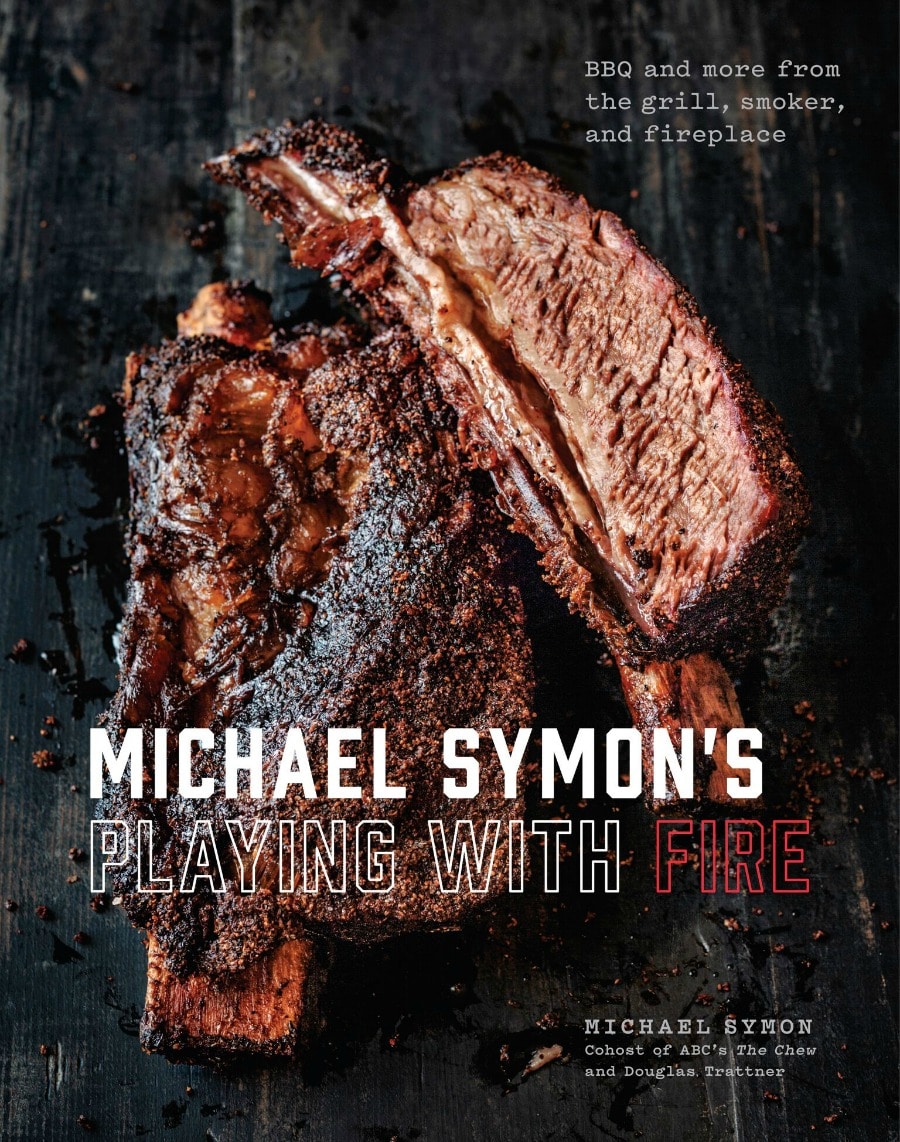 Playing With Fire by Michael Symons

There is something so intoxicating about the aroma of an open fire, especially if there is some marbled piece of local protein being charred over the flame. We do have some premium meats to choose from in Texas. That is why I am stoked for the release of the newest Michael Symon cookbook “Playing with Fire”.

Michael Symon has a pedigree that is impressive in the world of food. The celebrated Iron Chef, restaurateur, and TV personality shares his passion for the art of cooking meat and dishes that are inspired by his Greek and Sicilian heritage. Both of these cultures pay homage to grilling, as the climates are conducive to gathering around an open fire. Yet, Michael’s hometown roots are deeply embedded in Cleveland, Ohio where pork rules and local favorites are rich and steeped in Eastern European fare, such as pierogies, root vegetables, pickles, and hearty cuts of meat.

The first Michael Symon cookbook “Live to Cook” focuses on fresh ingredients and easy to master home cooked meals that grab from the best of his cultural heritage and local community favorites. It is multi-cultural and crosses many borders. In the end, it is just homey food. The book hints at his love for farmed ingredients and cooking over a fire. Michael went on to write 3 more cookbooks, 2 center on few ingredients and easy to prepare meals. One is aptly named “Carnivore” because Michael LOVES meat. 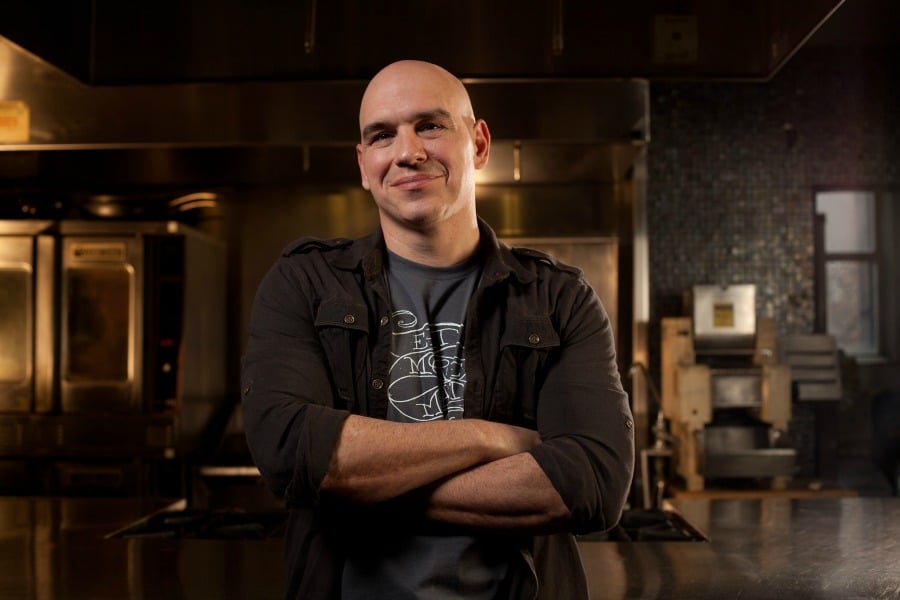 Mr. Symon’s newest cookbook, soon to be released in April of 2018, gets at the heart of his cooking style. The book is entitled “Playing with Fire”. The chef opened Mabel’s BBQ after travelling across the US to sample the best of the best of smoked and fire cooked meats. It is apparent that Michael liked what he tasted. He opened the restaurant in Cleveland and started to work on a book about preparing meat on different styles of grills and smokers, choosing aromatic woods for smoking, and finding the right rubs, sauces, and sides to pair with fire grilled and smoked proteins.

There are 72, get your fingers dirty, recipes including dry ribs from Memphis, wet ribs from Nashville, brisket from Texas, and Cleveland-style barbecue. This book is a must if you are looking for a contemporary guide to classic American barbecue using the latest technology and fire.

A Bit about the Author

Michael Symon cooks with soul. He uses farm fresh ingredients and traditional home cooking methods that have been passed down for generations. This Cleveland son is exuberant, approachable, and always cheerful, especially when he is one of the co-hosts on ABC’s The Chew. Michael is the chef and owner of more than 18 restaurants, including Lola and Mabel’s BBQ in Cleveland, B-Spot Burgers throughout the Midwest, and Angeline at the Borgata Hotel in Atlantic City. When he’s not working, Michael loves cooking at home with his wife Liz, playing golf, gardening, and fooling around with their bulldog Ozzy. 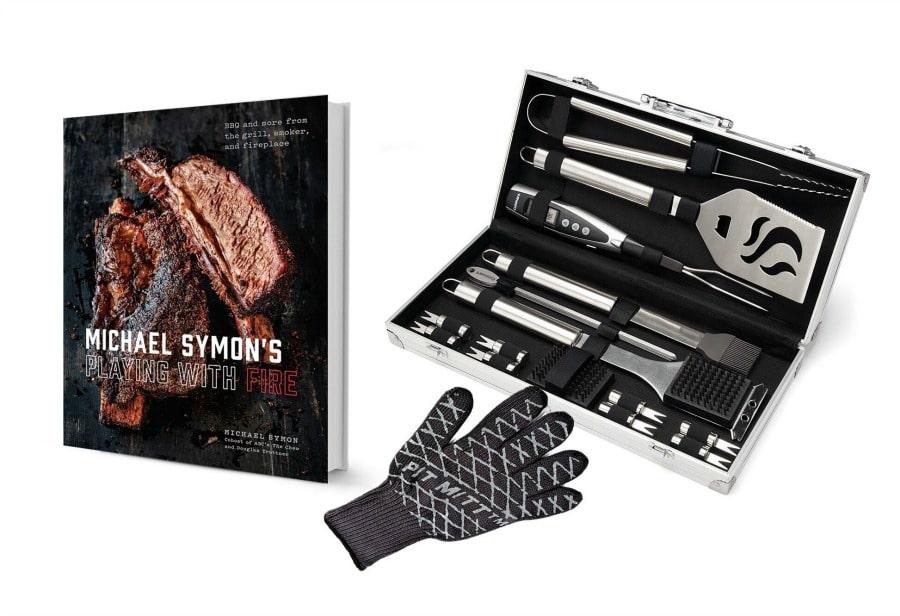 How will you show your inner grillmaster skills this summer?

Clarkson Potter sent me a copy of Playing With Fire AND they’re providing a prize pack for one of you! The Grillmaster prize pack includes:

If you are looking for a new guide to classic American barbecue with the volume turned to high, look no further.

Enter the giveaway using the form below. Open to contiguous United States residents over the age of 18. Giveaway ends on 4/20.