John Boyega could be one of the most hilarious entertainers I have ever met! While I was recently at the Global Press Event for Star Wars: The Force Awakens I had a front row seat to John Boyega.

Who is John Boyega? 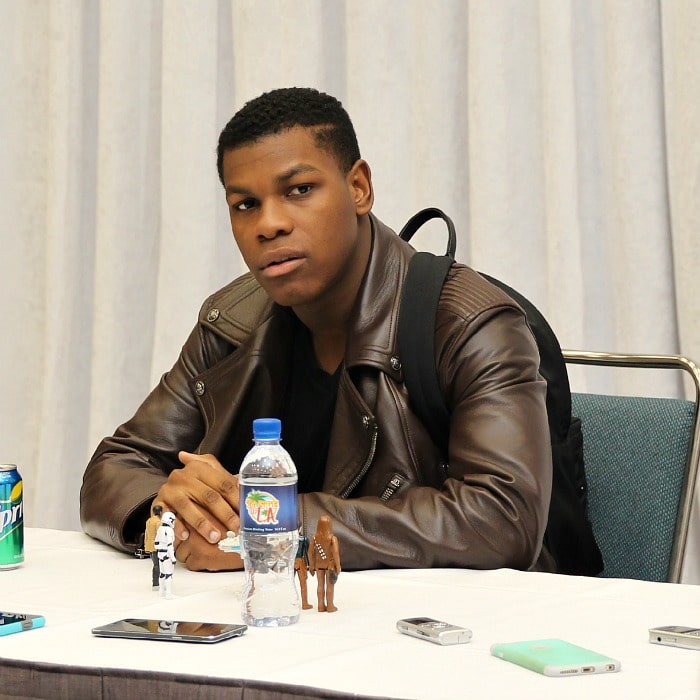 The short time we had with John Boyega was pretty golden. This young man is full of humor, style and has a love for Star Wars. Here’s a piece of our interview session.

What was your first impression when you raised your lightsaber?

Oh, that was a good day. It was in the trailers, anyway. (Thinking of what he’s allowed to talk about) In the ruins- in the castle, there are these kids who actually make the technology for the lightsabers; they’re quite young. And so they brought it in this black case, opened the case, I picked up the lightsaber, and I was kinda like, (laughing), just for me, a lightsaber (in a high pitched voice). And you know, he was just looking at me, and you can see how, holding the lightsaber, how that captures, the imagination of onlookers and, I was definitely egotistical that day.

There has been an awakening… #StarWars #TheForceAwakens

So did you play with a lightsaber when you were a kid?

I did. I did. I was more of a Han dude. I wasn’t really into Luke like that. It’s not because he wasn’t a good character. It’s just because I like the characters that represent human beings in these kind of projects, like, in sci-fi, if any of us were in the Star Wars universe, we wouldn’t be Luke. We wouldn’t be trying to, you know, fight against- naw, hell, naw, I’m trying to live, I’m trying to be Han. I’m trying to make money; I’m trying to survive.

So what kind of training was involved for the lightsabers?

Hand-to-hand combat so, specifically me and Adam had to do the choreograph scenes together. Finn has a lot of shooting, running, especially with me and Rey. Me and Daisy had to get our cardiovascular skills up and that was treacherous. It was fun because now (after) filming the scenes, you realize why the training was so intense because the scenes are literally practical effects on the real locations, there’s no time to kind of slack. 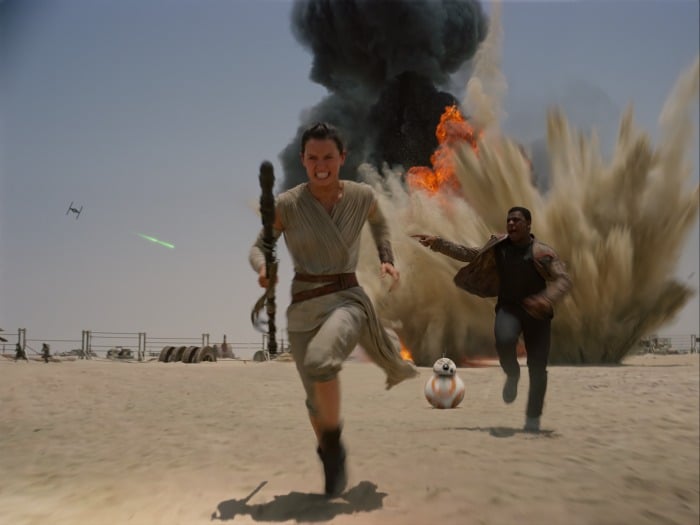 So just feeding off that, like the scene when the explosion…You’re running away from that. Was that you or was that a double, or…

That was me. That was all me. It was fantastic. I mean, with explosions like that, there are health and safety regulations and all those things, but while we were on set, I didn’t think I expected them to be that big. I just remember coming and saying, okay, John, we’re gonna do this scene and just run.

Do the dialog, uh, yeah. Have fun. Great. All right. Cameras; action. And I’m running, and I’m like, look at Daisy, and see that everyone’s backing up. J.J.’s going further and further away. They put, a plastic cloak over the camera; people putting goggles on and hats. I looked at Daisy like, why, how come we, and they called action, and then I realized, what? If you watch the scene, I’m actually legit freaking out, (Hysterical!). I might not have another. I’m too young to die like this. But it was definitely fun filming those scenes. 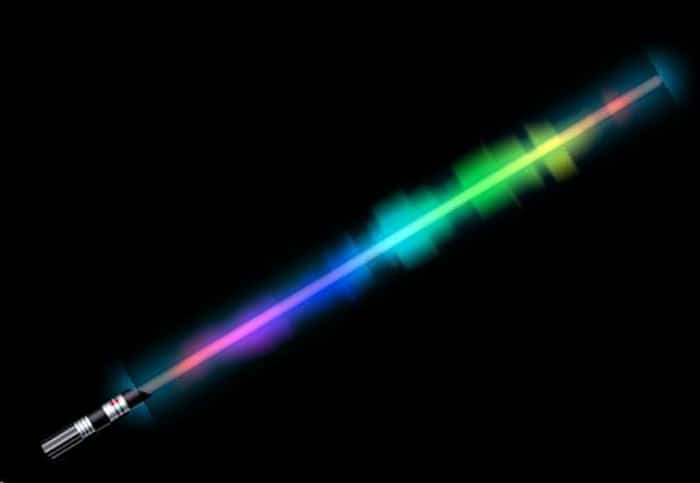 If you had a lightsaber in real life, what color would it be?

You know what? My lightsaber would be rainbow colors so they’d know I was there! I’d be like, whooo, so that everyone would know I was about to go to town. I’d be all over the place switching interchangeable, a little bit of flash modes, you know, and disco mode. I’m about peace; I’m not trying to get into fights with no one. 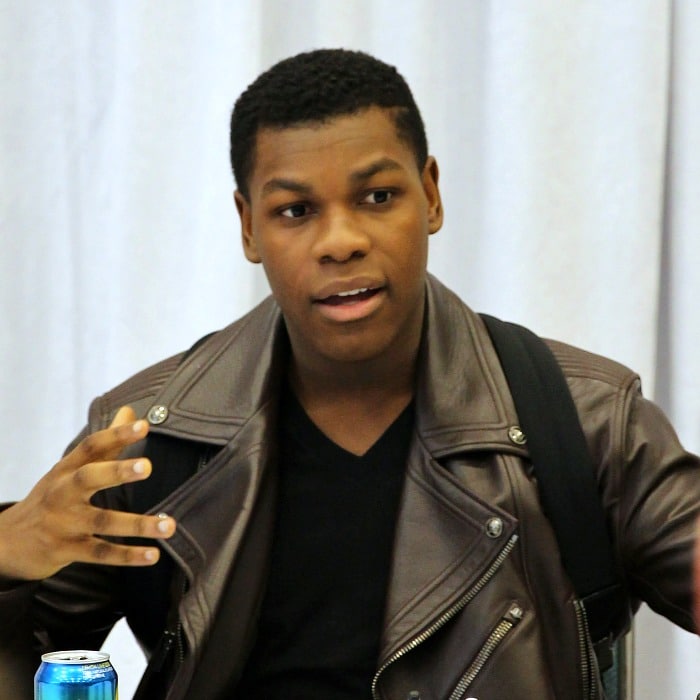 What was, what was the most inspiring thing about your character?

I think what’s so inspiring about Finn is how complex he is. He a Stormtrooper who has never really experienced individuality, and I think we always know Stormtroopers to just be one unit, and we’ve never, ever had a Stormtrooper take off his helmet for us to see who he really is. All you’ve ever had is the lead characters in disguise and for me, I find that iconic to me as a fan, to be able to actually talk to one of those. Because I always felt sorry for those Stormtroopers, man. It’s like they send them out just to be shot and I’ve always wanted to say, man, you know what? There must be a different career for you, mate. Finn is the first Stormtrooper to actually go, you know what? I need a new job. So it’s really cool to experience a Stormtrooper in that sense.

Now this was just a few questions from our interview time with John Boyega (Finn), if you would like to see the full interview leave me a comment below. Overall, it was fun to visit with him and can’t wait to see Finn in Star Wars: The Force Awakens. 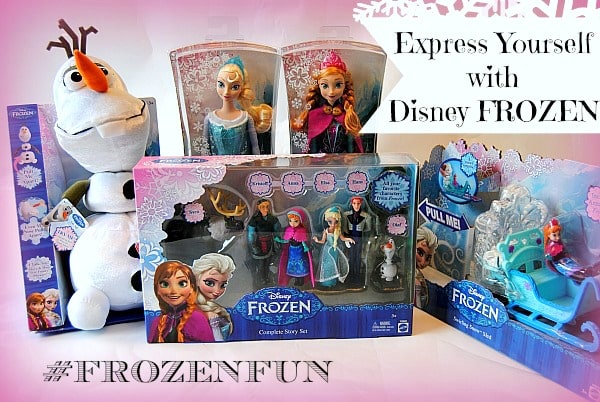 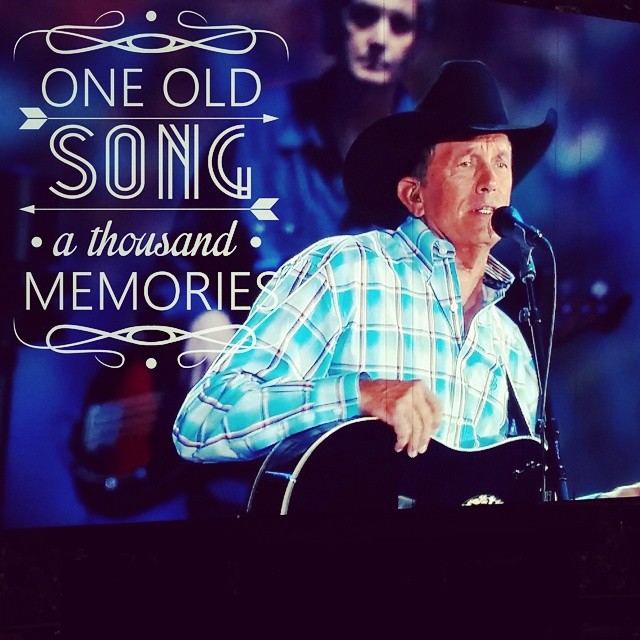 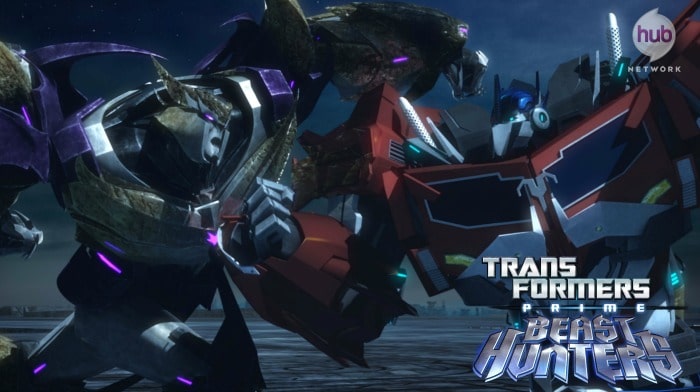