I recently took a trip to DreamWorks Studios in Burbank, CA and caught a sneak peak at some of the new shows that DreamWorks Animation Television has teamed up with Netflix to be released in 2018.

The lineup includes Trolls, She-Ra, The Boss Baby, Harvey Street Kids, Captain Underpants, and the next chapter of Trollhunters.

Trolls: The Beat Goes On! premieres on January 19, 2018. It picks up where the film left off with a new chapter in the adventures of the Poppy, Branch, and the rest of the Troll Village continuing to party in their amazing home in the forest. The series will be available exclusively on Netflix in the U.S., Canada, Latin America, UK, Australia, New Zealand, Ireland, the Nordics, Benelux, and France. You can watch the trailer on netflix.com. You can also download the music from season 1 of Trolls: The Beat Goes On! on iTunes, Amazon, and Google Play.

She-Ra is a series created by Eisner Award-winning author and executive producer Noelle Stevenson, author of Lumberjanes and Nimona. It is a modern take on 1980s girl power icons for the modern day generation of fans. The original female lead fantasy series debuted in 1985. This epic and timely tale celebrates friendship between girls and the ensuing empowerment that brings with it. The story features a warrior princess that unites and leads the girls. This is going to be a favorite with my own girls. The series will be available to Netflix members worldwide in 2018.

The Boss Baby: Back in Business brings two brothers back together to navigate the cutthroat corporate jungle gym of Baby Corp. They continue angling to achieve what is seemingly impossible. That is to balance the daily life and work of a modern career baby. This is brought to life by Emmy-winning executive producer Brandon Sawyer. Mr. Sawyer brought us Penguins of Madagascar. The series will be available to Netflix members in 2018. Visit netflix.com//bossbabybackinbusiness for more information.

Harvey Street Kids is the adventures of the Harvey Girls, Audrey, Lotta, and Dot. They are in constant Saturday play mode with endless kickball games, infinite flavors from the ice cream truck, and an epic climbing tree in the universe. The girls are both best friends forever and guardians of the block. They will do anything to keep having fun and never ever grow up. Executive producer Brendan Hay makes this all come to life for DreamWorks and Netflix in 2018. Visit nnetflix.com/harveystreetkids for more information.

The Epic Tales of Captain Underpants is a personal favorite, maybe because the title is so funny. This tale is based on the books written by Dav Pilkey. They follow the adventures of George Beard and Harold Hutchins, two best friends who bonded through their love of pranking, comic books, and being the thorns in school Principal Krupp’s side. They get mixed up in adventures crazier than their outrageous comic books. They call on their greatest creation, Captain Underpants, to help them out. Peabody Award and Emmy winning producer Peter Hastings (Kung Fu Panda: Legends of Awesomeness) brings the series to life on Netflix in 2018. Visit netflix.com/epictalesofcaptainunderpants for more information.

Trollhunters is the second installment of the Tales of Arcadia Trilogy. DreamWorks Trollhunters Part 2, from Guillermo del Toro, premieres on Netflix this on Friday, Dec. 15. A third and final chapter of the Emmy-winning series is set to debut in 2018. The series features two royal teenage aliens and their bodyguard who flee a surprise takeover of their home planet by an evil dictator and crash land in Arcadia. They are fleeing from intergalactic bounty hunters while attempting to repair their ship so they can return to their home planet. A final chapter is set to debut in 2019.

Since 2013 DreamWorks Animation Television and Netflix have released 12 original series including some you might recognize: Trollhunters, Dragons: Race to the Edge, Voltron Legendary Defender, and All Hail King Julien. Be sure to add the new 2018 DreamWorks animated series to your family’s Netflix watch list for 2018.

Disclosure: I’m sharing affresh® in my life as part of a sponsored series for Socialstars™ #affresh. Early summer mornings are a little bit hectic in our home. The girls are anxious to finish up their studies so we can take… 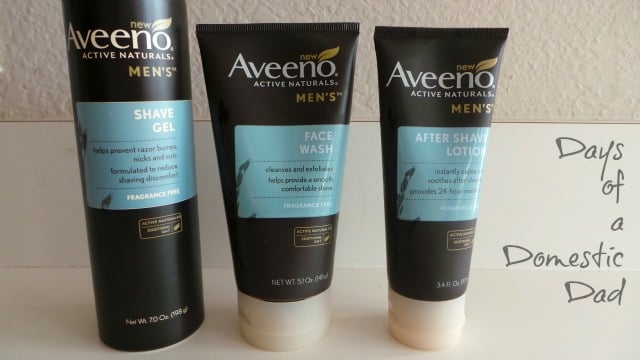 Disclosure: I participated in a campaign on behalf of Dad Central Consulting for AVEENO. I received product samples and a promotional item as a thank you for participating. I really have some poor habits sometimes. I tend to chalk it…