2020 was supposed to be the year where driverless cars roamed the streets! Unfortunately, it seems our tech is still a little way off. Despite this, many automotive companies are working hard to develop self-driving vehicles to make our dreams a reality in the near future.

The Future Of Driverless Cars

Tesla have been working on this pursuit for some time (and are still at it). In fact, the Tesla Model S has an excellent autopilot feature, which can handle much of your driving on the highway. Yet there are plenty of other companies with big self-driving dreams. So who are the other top players making steps towards autonomous cars, and what can we expect from them?

Audi has made some confident statements in the media about plans for autonomous vehicles. Audi launched a self-driving technology operation in 2017 called ‘Autonomous Intelligent Driving’. Audi has claimed that they will put around $16B into sustainable self-driving technology by the year 2023. They are currently testing autonomous vehicles, yet there is still much work to do to ensure the safety of the cars.

Back in July 2019, BMW partnered with Daimler, deciding that the two companies combined would set over one thousand technicians the challenge of creating new autonomous systems. BMW opened up a self-driving campus in Germany to work on their test projects in 2018. They plan to get self-driverless vehicles on the roads by the year 2024.

Cisco started working alongside Michigan’s Transportation department in 2017; the purpose of their project was an autonomous vehicle initiative. Then in 2018, Cisco established a partnership with Hyundai, planning to offer Ethernet connectivity to cars, at gigabit speed. They believe that their product could accelerate the development of self-driving tech.

Nissan cars show no signs of diminishing in popularity. If you’re looking to spruce up your current model, used Infiniti car parts are available to buy separately. If you have the know-how you can install the parts yourself and if not, your local garage will be able to do so. Either way, you’ll save money on used car parts.

At the end of 2019, Bosch completed a trial of self-driving taxis in California. The idea was that users could call the vehicle via an app and that a driver would still be present, to monitor safety.

Bosch also gained approval to run an autonomous parking feature, without the need for a real driver. What’s more, back in 2017, Bosch and Mercedes began developing level 5 automation cars.

It’s indeed taking a little longer than we anticipated for driverless cars to become a reality. Part of the issue is due to needing a massive amount of data.

For instance, to teach computer technology ‘how to drive’ the computer would need to be shown millions of hours of real driving. Another issue is that self-driving cars are likely dependent on 5G technology, and this tech isn’t ready to be deployed on a mass scale.

Though there are challenges associated with building the right tech, let’s hope we witness the self-driving revolution in a few more years!

The difference between buying a car just for the sheer joy of driving on the open road and a vehicle that you would feel comfortable ferrying around your family can be huge. In fact, the former could be a small…

I was loaned a 2014 Mitsubishi Lancer GT for one week to review. All opinions are my own. Kid Tested and Dad Reviewed I am always eager to try out new and exciting products no matter big or small. So we got… 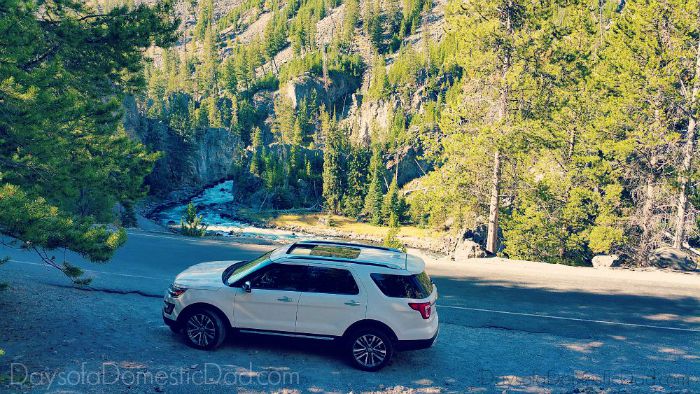 The 2016 Ford Explorer Platinum #ExploreMore Ford continues to post high sales numbers for its famed Explorer line of SUVs. Now, consumers who’ve owned Explorers in the past, as well as first-time buyers, have an opportunity to feel the power…

As my daughters continue to grow into more independent young ladies, I am always researching safe and efficient car options for when they get their driver’s licenses. Jaden will be turning 16 pretty soon, so now is the time to…