Netflix Kids
Over the last dozen years, how television is being watched has changed dramatically. Thanks to laptops, tablets, smart phones, and the invent of Netflix, you can watch an eclectic selection of television programs at the snap of your finger or click of a mouse. When it comes to children, specifically junior children in the eight to twelve-year-old range, Netflix has a wide variety of program choices and a separate page of program listings for the younger viewers. Some of the most popular choices on Netflix for Kids include cartoons, comedies, reality shows, and specialty programming.


As with life, some things never change. Children’s interest in Science Fiction and Fantasy seems to remain constant from generation to generation. The popularity of these programs is evident on Netflix for Kids. Once Upon a Time, Charlie and the Chocolate Factory, The Nightmare Before Christmas, Dragons: Race to the Edge, How to Train Your Dragon 2, Star Wars: The Clone Wars, The Adventures of Sharkboy and Lavagirl, Monster High: Boo York, Boo York; Dr. Who, Marvel’s Agents of S.H.I.E.L.D., Goosebumps, and R. L. Stine’s Monsterville: Cabinet of Souls are titles among the favorites in these categories. 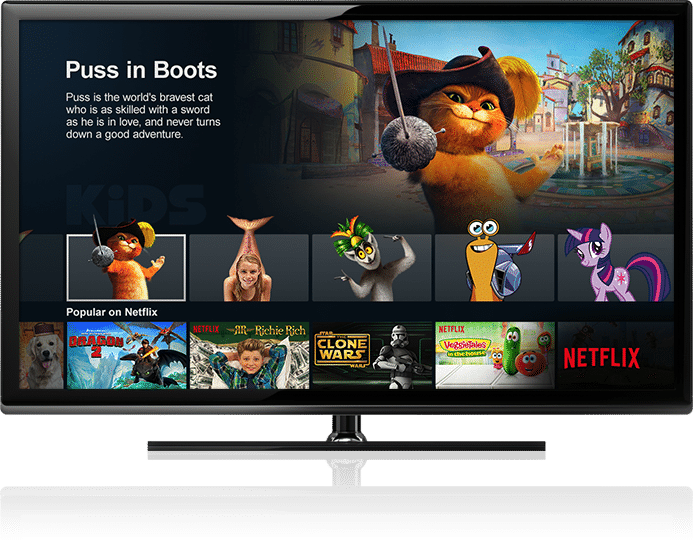 The aforementioned is a sampling of the most popular movies and videos geared toward eight to twelve-year-olds on Netflix for Kids. Some of these shows and movies have been around for decades, and are still favorites today. If this trend continues, maybe the Scooby-Doo Gang will someday visit Madagascar.

Also be sure to catch – The Mr. Peabody and Sherman Show, as the world’s smartest dog, Mr. Peabody, and his adopted boy Sherman. Both take turns featuring legendary and modern-day guests, time travel adventures, and outrageous surprises.