Disclaimer: All posts must include the following disclaimer: The reviewer has been compensated in the form of a Best Buy Gift Card and/or received the product/service at a reduced price or for free

The Ultimate Man Cave
The man cave, the one and only place in the house that a man can have all to himself. Creating the ultimate man cave can seem very hard and impossible to pull off. What if there was a simple way to turn an old, messy, and unused basement into the ultimate man cave. Well now there is, and using the 6 Tech Ideas for the Ultimate Man Cave will make turning any old basement into the best man cave easy!

Every man needs to have a man cave where he can hang out with his friends, and have the control he wants. Whether a bachelor, married, or older every man of any age can have a man cave. Transforming the man cave does not have to be overly complicated or overly expensive! 6 basic tech ideas can turn any old room into the ultimate man cave for men of all ages that every man will love, and put some excitement into their house!
While a man cave might not seem like much it is important to a man.

The man cave is that one place where a guy can escape to his own place, watch his favorite t.v. shows, watch the sports games with friends, and relax after a tiring day of work.

Having kids can be stressful; and the kids always have their own places where they can hang out, right? Well its now possible to create a totally epic man cave where the man or men of the house can hang out, and enjoy themselves! If there is an extra room in the house that is full of dust and currently unused turn it into a man cave! In creating the ultimate man cave there are 6 total tech ideas that will turn any old room into the Ultimate Man Cave perfectly equipped for watching sports, t.v., playing video games, and relaxing.

The 6 Tech Ideas for Creating the Ultimate Man Cave

Using these 6 tech ideas creating the Ultimate Man Cave does not have to be overly complicated. Every man needs a man cave, and creating one proved to be quite difficult in some cases. This man cave concept makes creating a man cave simple, easy, and inexpensive. It will not cost a fortune to totally transform a dusty room into a place of awesomeness. All men of all ages will absolutely love the Ultimate Man Cave, and have the ultimate experience watching sports, t.v., playing video games, and relaxing!

I am excited that DreamWorks Animation recently released the much anticipated conclusion to the How to Train Your Dragon trilogy in its 4K and steelbook DVD collection. The series started out with an unusual friendship between a teenage Viking ruler…

Disclosure: All posts must include the following disclaimer: The reviewer has been compensated in the form of a Best Buy Gift Card and/or received the product/service at a reduced price or for free. For any Star Wars fan, Force Friday…

The long wait it over, and the Kia Stinger has revealed its self to the world of auto lovers at the 2017 North American International Auto Show in Detroit. Kia is set to redefine the segment with this 5 passenger… 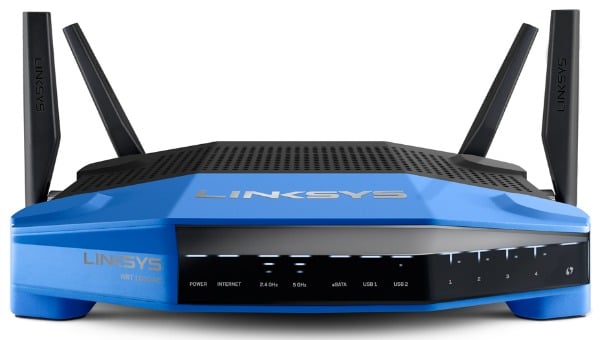 Irvine, CA and Las Vegas, NV– January 6, 2014 – Linksys® today announced at the Consumer Electronics Show in Las Vegas, that it is bringing back the heritage of the best-selling router of all time – the Linksys WRT54G but updated and…

Disclosure: The reviewer has been compensated in the form of a Best Buy Gift Card and/or received the product/service at a reduced price or for free Best Buy’s current Appliances Remodeling Sales Event is featuring a great selection of GE home…

I participated in an Influencer Activation on behalf of Influence Central for MyLocker. I received product samples to facilitate my review as well as a promotional item to thank me for my participation. The other day I was looking for…