Disclosure: This is a review of the Wolfgang Puck Pressure Oven, I was given a oven to review. All opinions are mine.

Save Time Space and Money with a Wolfgang Puck Pressure Oven

Just recently we started being a little more energy conservative when it came to household electronics. We started out regulating the Heating and Air Conditioning with a new Nest thermometer. After that we started monitored interior lighting as well as major appliance usage in the house. Over all it has been fun and challenging to work together to cut back over on electricity. 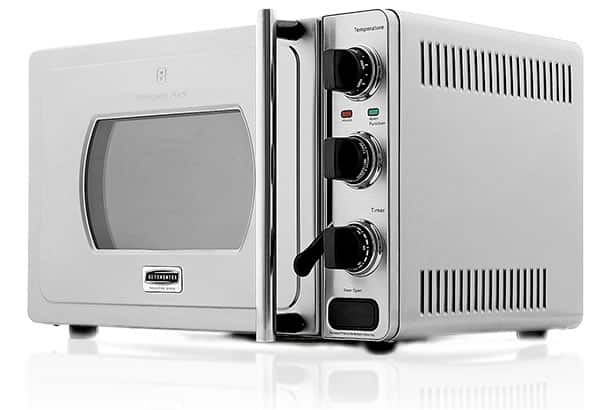 One of the challenges we knocked out of the park was the “Don’t use your oven” week. We actually enjoyed knowing that we could use our Wolfgang Puck pressure oven at the fraction of the cost and time used. I have prepared the simplest of meals for the kids in less than 10 minutes, and have cooked a rotisserie chicken in about 45 minutes. I have thoroughly enjoyed having the Wolfgang  Puck Oven in my kitchen and look forward to using it every time I can. The no bake idea has sparked plenty of buzz around the house and has pushed us to look up different no bake recipes.

Wolfgang has changed the way Americans cook and eat by mixing formal French techniques and Asian- and California-influenced aesthetics with the highest quality ingredients. He also has changed the face of dining in cities throughout the nation, first in Los Angeles, then in Las Vegas, where he was the first star chef to create a contemporary fine dining restaurant, paving the way for other celebrated chefs and the city’s metamorphosis into a dining destination.

His many restaurants, catering service and products are known for incredible quality, creativity and service.