Robby Novak is the Kid President

This summer, YouTube sensation Robby Novak ( aka, #KidPresident ) makes his television debut with the series premiere of “Kid President: Declaration of Awesome” Saturday, June 7 at 7 p.m. ET/ 4 p.m. PT on the Hub Network, champions of family fun and the only network dedicated to providing kids and their families entertainment they can watch together. The series is executive produced by actor Rainn Wilson (“The Office”) and Novak’s brother-in-law and show creator, Brad Montague, for SoulPancake Television, LLC. Each episode also features interactions between Kid President and a variety of guest stars, including Kevin Costner (“Draft Day”), Gene Simmons (KISS), Jamie Foxx (“The Amazing Spiderman 2”), Craig Robinson (“Get On Up”), Mario Lopez (Host, “Extra”), ‘Weird Al’ Yankovic (Musician), and plenty of other surprises.

The series will follow Kid President as he inspires both kids and adults to do awesome things that make a difference in the world. Along the way, Kid President interviews a few well-known entertainment icons such as Gene Simmons from the legendary rock band KISS, who teaches him how to play the drums and follow your dreams! Kevin Costner explains what a real hero is. In addition, he gets a lesson on the importance of staying true to one’s self from funnyman ‘Weird Al’ Yankovic.

Ten-year-old Robby Novak created a worldwide following after his moving video, “A Pep Talk from Kid President to You,” went viral. The YouTube series titled “Kid President” has 1-million followers and more than 75 million total views. Kid President’s online series is based on the belief that kids have a voice that needs to be heard and together with grown-ups they can make the world a better place. One of Kid President’s core philosophies is to “treat everybody like it’s their birthday.”

The docu-variety series reflects the universal values of kids and families across the country as seen through the lens of Kid President, whose playful spirit and positive approach to life inspires viewers to change this world for the better. In each episode, Kid President introduces a theme that is explored through interviews and interactions with a variety of diverse families. Each episode also features interactions between Kid President and a celebrity. In the past, he has met with President Barack Obama, Beyoncé, and others.

The series is produced by SoulPancake Television, LLC, which was founded by Rainn Wilson. Wilson and Kid President creator Brad Montague are executive producers of the series; Shabnam Mogharabi, Sarah North, and Golriz Lucina serve as co-executive producers.

How could you get even the fussiest kid to eat anything? It’s simple…..give him something crispy. Even if it’s some kind of vegetable he wouldn’t touch if it was raw or boiled, make that crispy and you’ve solved the problem…. 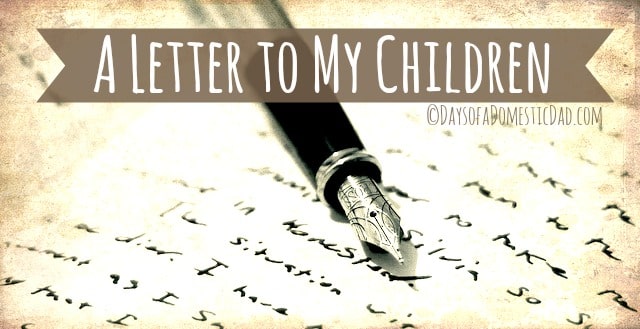 This is a letter to my children. I love them so. Hopefully they will understand I will never let them go.

When you have a family, they mean everything to you, and there isn’t anything you wouldn’t do for them. We think about creating amazing memories, adventures, late-night hot chocolate, and ice cream. Ensuring that they make the most of their…

“Daddy will you play a game with me?” I normally here that question on a daily basis from JJ and Princess.

Have you ever visited a place and simply fallen in love it? That’s how Staci and I felt when we visited Pediatrics Plus in Little Rock recently. I could not get past the idea of what they’re doing and how…