You Are Here: Days of a Domestic Dad » Muppets Most Wanted Red Carpet Premiere
March 17, 2014

Staci and I were so fortunate to be invited to Los Angles for a Disney press trip this month. We spent a total of five days with 25 other bloggers. Over the next few weeks I will be sharing all sorts of experiences about interviews, movie screening and a trip to the LA Zoo. Today, I want to relive a few moments from the Muppets Most Wanted red carpet premiere, and after party event. After a busy day at Walt Disney Studios to screen Disneynatures Bears and a afternoon trip to the LA Zoo. We made our way back to the  Hilton Garden Inn, which is only a few blocks north of the El Capitan Theatre. As a group we walk towards the muppets most wanted red carpet premiere in our best dress outfits. We cut through the Highland Center, to stop and snap a pic on the Oscar Stairs. 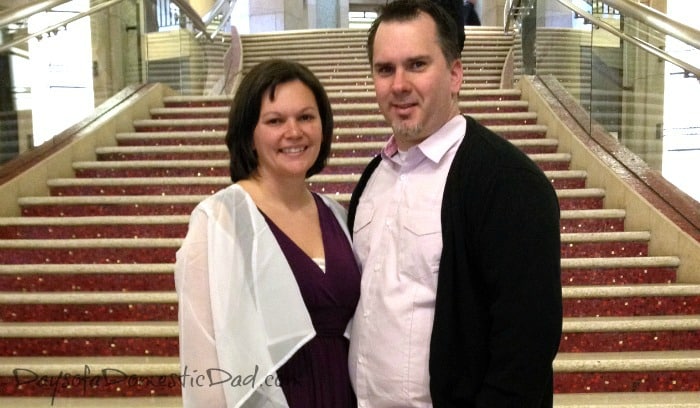 From there we made our way closer to the El Capitan Theatre on Hollywood boulevard. after receiving our ticket, and making our way behind the security ropes, the Hollywood flair came alive. It was so incredible to see the iconic Muppets stroll down the red carpet, in first class.

Miss Piggy looked beautiful and Kermit the Frog was so debonair in his traditional green. And, I didn’t know that Rowlf could even drive, You Go Rowlf!

So many celebrities made their way out to the Muppets Most Wanted Red Carpet Premiere, to show off new fashions or just hang out with the Muppets.

After being a little star struck from watching people like Ty Burrell, Ray Liotta, Danny Trejo, Tina Fey, Ricky Gervais walking among us, we too made our way down the red carpet. Photo Bombed by Tina Fey & Fozzie Bear (poster)! 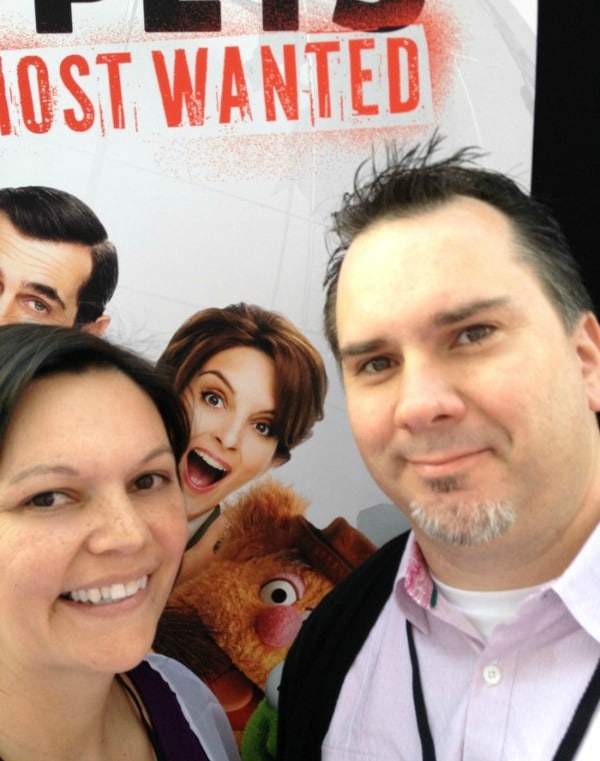 Once at the end of the Red Carpet Staci and I kind of took in the sights/sounds of the event. The “El Cap” stood tall and looked so vintage.

The star studded cast gathered for one more picture before heading in for the Muppets Most Wanted Red Carpet Premiere.

As we made our way in, we grabbed our popcorn/cold drink and took the stairs up stairs to the balcony. After a brief wait, good old Statler and Waldorf showed their self’s across the theater in true form mocking the movie.

This is my second red carpet experience with Disney, and maybe one of the memorable. The Muppets are a classic group of guys, and gals that really know how to put on a show.

Be sure to catch Muppets Most Wanted in theaters nationwide March 21st.