This post is sponsored by Summit Entertainment. Opinions are my own.

Are you a fan of the first Divergent series? If so make sure you join us Wednesday March the 18th for the #Insurgent Twitter Party. We will be talking about the release in the Divergent series. Also giving away some great prizes including DVDs, T-Shirts, and gift cards to go see Insurgent.

THE DIVERGENT SERIES: INSURGENT raises the stakes for Tris as she searches for allies and answers in the ruins of a futuristic Chicago. Tris (Woodley) and Four (James) are now fugitives on the run, hunted by Jeanine (Winslet), the leader of the power-hungry Erudite elite. Racing against time, they must find out what Tris’s family sacrificed their lives to protect, and why the Erudite leaders will do anything to stop them. Haunted by her past choices but desperate to protect the ones she loves, Tris, with Four at her side, faces one impossible challenge after another as they unlock the truth about the past and ultimately the future of their world.

Did you know that this year Valentine’s Day falls on a Friday?  If you plan on going out, that means getting a reservation and babysitter which will be difficult (at least in my neck of the woods it is!).  Instead…

Join me at the #LoveYourCup Twitter Party! As fall and winter slowly make their way into our lives, we tend to start thinking about enjoying different flavors of the season. Nestle Coffee-mate creamers add bursts of flavor to your coffee… 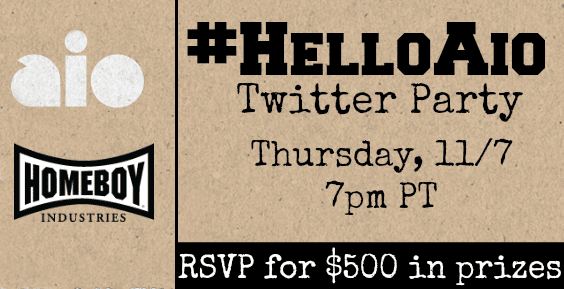 Aio and Homeboy Industries Join the party as the newly-launched brand, Aio Wireless, celebrates in Los Angeles. They will be hosting a launch party in LA on November 7th where they will celebrate their launch into the area and honor the…

Did you read R.L. Stine’s Goosebumps books as child? Do your children read them? Today, the monsters of the popular books come alive on the screen, as well as in the new Goosebumps Game by GameMill. Come chat with us…

Lets Talk Butter at the #HolidayButter Twitter Party! Tradition is important to most of us during the holiday season. With traditions passed down from generation to generation, we find ourselves holding on to at least some small thing from previous…