Disclosure: I participated in an Ambassador Program on behalf of Mom Central Consulting for Brother P-touch. I received a product sample to facilitate my review and promotional item as a thank you for participating. #Ptouch25 #sponsored #MC

I proud to announce that I am going to be a part of the Brother P-touch Ambassador program for the next three months. Over the next few months I will look for ways to utilize the Brother P-touch PT-H100 label maker around my house to get more organized. If I could only get the rest of the family in on the fun I might have a better chance of getting the entire house nice and organized. 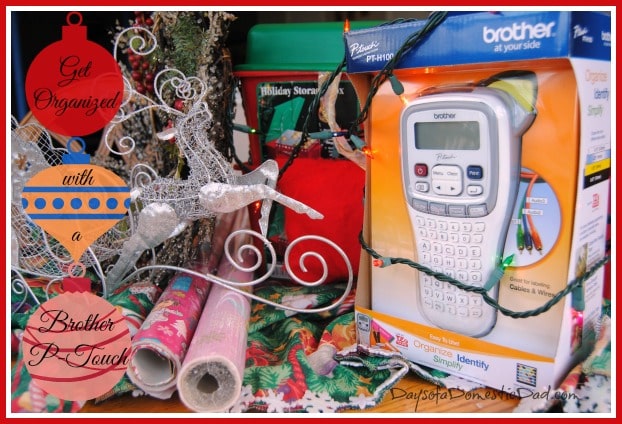 Get Organized with a Brother P Touch

Are you an organized type of person? Are you as organized as you think you are? Either way, let the Brother P touch label marker help out and clearly mark all your organization projects. With the holidays only a few weeks away, I found it would be easier to start purging some of those old Christmas decorations. Also, in turn I organize the useful pieces to keep or there items to store for later.

Unfortunately I have not been bless with nice and neat handwriting, so I am very grateful for the Brother P touch. I don’t have to worry about messy handwriting, which could look like something it is not. Another characteristic of the Bother P touch I like the most is the big screen and easy to push buttons. 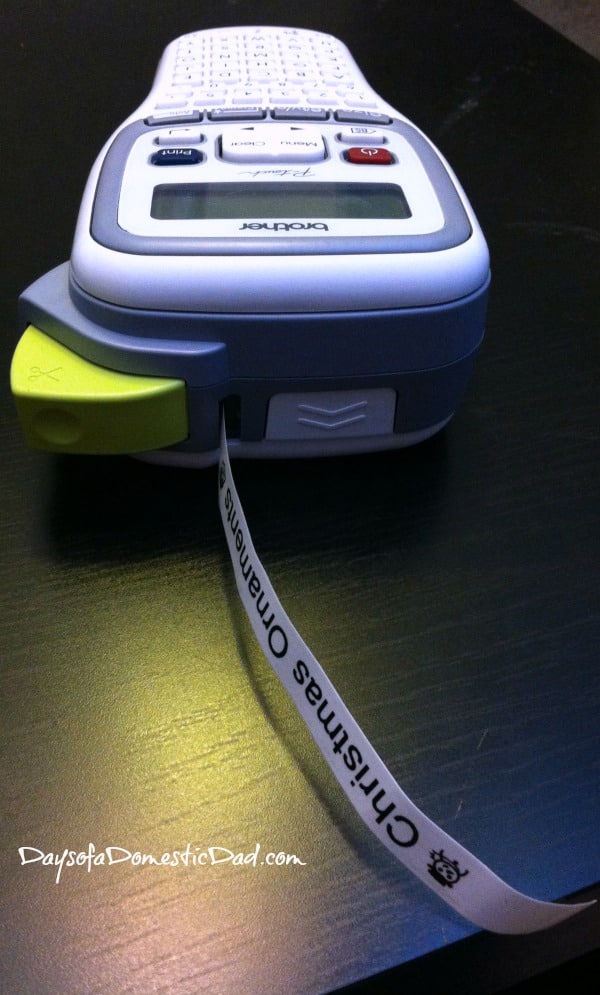 After organizing my Christmas decoration mess, I was able to quickly label everything, and include any special notes on the tag. The Brother P touch label maker will become your best friend when it comes to tackling anything that requires any type of writing. It is not to late to pick one up so you can have it on hand after the holiday season. 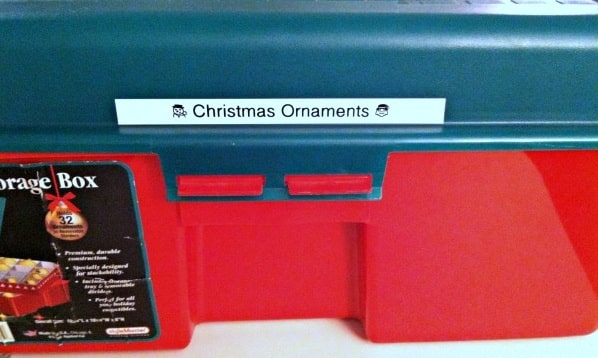 Brother is celebrating their 25th Anniversary, Brother P-touch will be running special promotions and deals at OfficeMax, Staples and Office Depot. For more information about the Brother head over to the Brother website for more details.

What was your biggest project to organize? Did you use a label maker similar to the Brother P Touch?