I am pretty sure we all have a little competitive edge in us somewhere, some more than others probably. These days video games are still are an outlet to compete and winner some serious prizes. But, not everybody is a winner, or not winning the prize. 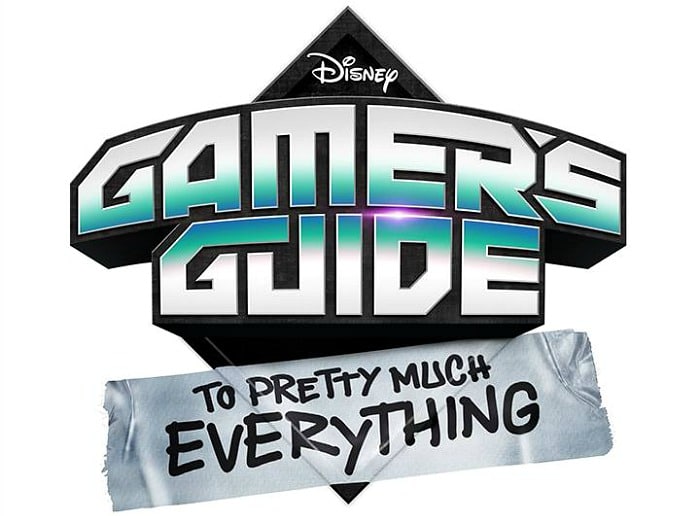 Gamer’s Guide to Pretty Much Everything

This Summer (2015) Disney XD is set to release a new show revolving around a failed Video Game Champ, Gamer’s Guide to Pretty Much Everything. This new live-action comedy series starring the popular Disney Channel star Cameron Boyce of the hit series “Jessie” and the upcoming movie event Disney’s “Descendants.” Is teaming up with a few of his friends in a series, which centers on a teenage professional video game player who circumvents life’s challenges using his gaming insight.

During our trip to LA we visited the set of Gamer’s Guide to Pretty Much Everything to interview the cast and watch a “Network Run Through“. What is a network run through you ask? I was wondering myself also. In this case Disney XD was present during a dry run of a episode. So all the members of the cast are present, the director explains the seen and the actors take over from there. We watched the young cast go from set to set of a up coming episode, for this Halloween. It was pretty cool to watch and actually watch everyone behind the scenes do there part to pull the show together.

We were limited on what we could take photos of, but I was able to snap a few pics of their boys gaming room.

We had a moment before our run through to visit with Cameron Boyce, Sophie Reynolds, Murry Wyatt Rundus, and Felix Avitia.

They shared their part in the new show and what they think about their characters. It seems all of them minus Sophie have a deep passion for video game play. Matter of fact I thought it was funny how passionate they were about their video game playing platform.

Without giving too much away about his part, I have to say I like “Wendell“, Murry Wyatt Rundus, the most. He leads a typical teenagers life, but has a strange fixation of butter and his hips.

Gamer’s Guide to Pretty Much Everything Premieres Wednesday, July 22nd at 9:30PST and is rated: TV-Y7