With Halloween just around the corner, our neighborhood streets will be filled with kids. Did you know Halloween is one of the deadliest nights of the year for child pedestrians. Twice as many children are killed walking on Halloween compared to other times of the year. So it is incredibly important to do all we can to keep our kids safe.

In 2015, 284 teens ages 12-19 were killed while walking; that’s more than 5 pedestrian deaths every week. With the support of FedEx, Safe Kids Worldwide set out in spring 2016 to revisit the issue of pedestrian distraction in teens. They observed the street crossing behavior of more than 39,000 middle and high school students walking to and from school, with a focus on unsafe walking behaviors and distraction by mobile devices. They also made more than 56,000 driver observations during student drop-off/pick-up to assess for distraction and other unsafe driving behaviors.

Schools were surveyed regarding policies addressing cell phone and headphone use and driver drop-off/pick-up procedures. Finally, they explored the impact of two simple, inexpensive, real-time ways to increase awareness of the risks and decrease unsafe behavior – road stencils for pedestrians and lawn signs for drivers.

They found that distracted and other forms of unsafe street crossing behavior are persistent risks for students traveling within school zones. Seventeen percent of middle school students and 27 percent of high school students observed were distracted by mobile devices. Distracted teens were wearing headphones (44 percent), texting (31 percent), talking on the phone (18 percent) or a combination of the three (7 percent). Assuming comparability of the 2016 results with a previous study from 2013 “Teens And Distraction: An In-Depth Look at Teens’ Walking Behaviors,” distracted walking increased from 1 in 5 to more than 1 in 4 among high school students and from 1 in 8 to 1 in 6 for middle school students.

Finally, while further evaluation is needed, Safe Kids found that both road stencils and lawn signs encouraging “Heads Up Phones Down” reduced distracted behavior among pedestrians and drivers.
With child pedestrian deaths on the rise, Safe Kids is asking communities to take action to protect kids on the move.
Communities Can:
• Identify high risk school zones and aggressively pursue proven interventions, like crosswalks, appropriate speed limits, visible signs, crossing guards and traffic lights.
• Educate parents and students on dangerous walking and driving habits, e.g., crossing mid-block, texting or talking on the phone.
• Set and enforce speed limits in school zones at no more than 20 miles per hour.
• Implement and enforce school policies regarding drop-off and pick-up of students.

To take action, reach out to your school officials and local elected officials. For more information, visit safekids.org.

This is a sponsored post written by me on behalf of Huggies®. As always, all opinions are my own. Since Joeli is now over 6 years of age, you can imagine that she has done some serious growing up. Gone…

Mom and Dad’s Don’t Forget the Batteries for the Holidays It is that time of year for the holiday shopping season. The stores are filled with parents purchasing the latest toys for their children to open on Christmas. The one…

The Persil® brand provided me with a sample of Persil ProClean laundry detergent in exchange for a product review. – Persil® ProCleanTM   Messy Eating with Persil ProClean 2in1 The worst thing of all is when you get a stain on your favorite…

Celebrate and show your appreciation for everything your grandparents have done for you! National Grandparents Day takes place every September on the first Sunday after Labor Day, and is not only about your own grandparents, but a special time to…

When it comes to looking at a vehicle for my family, safety is my top priority. I am carrying precious cargo each and every time I step into a car with my kids, so it is important to me that… 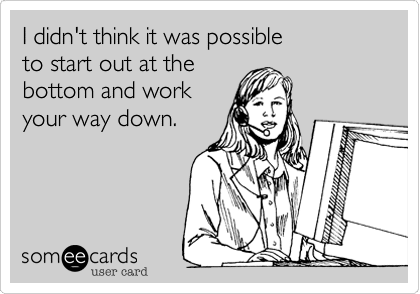 It’s been a short time since I embarked on this blog thing, ” The Blog” my wife calls it