At the Intersection of Faith and Fiction

I would probably be the ring-leader at the “Fiction-Lovers Anonymous” meeting that exists only in my imagination. And when I say I love fiction, I mean it. Mystery, suspense, horror, fantasy, sci-fi, thrillers, intrigue—it all tickles my fancy. Fiction is king when it comes to my recreational reading list.

Well, let me qualify that a little bit: good fiction is king. I mean, who really enjoys reading “crap?”

So, that being said, as the owner and CEO of a Christian publishing company, I often spend time thinking about the place that fiction has in the work of the Kingdom of God. For the hard-line purists out there, I dare say that many of them might “thumb their collective nose” at the value of fiction in the realm of faith. Sure, it might be easy for some to dismiss the worth of a work of fiction when it comes to the evangelical mission of believers, but to dismiss it entirely is overly simplistic (at least in my estimation).

In fact, I think there are some highly valuable works of “Christian fiction” that should be on any believer’s nightstand at one point or another.

C. S. Lewis: Anyone who has read The Chronicles of Narnia knows 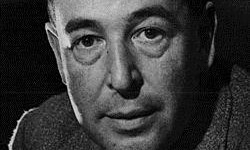 that these works of fiction are deeply rooted, allegorical parables that seek to enlighten the reader as well as entertain. Anyone who does not see the story of Jesus Christ  played out in The Lion, The Witch, and the Wardrobe is clearly missing out on some pretty overt themes. And for children, it is a great way to illustrate the sacrificial love of The Son of Man in a way that inspires wonder and awe in the child-like imagination. In addition, Lewis’s Screwtape Letters is a dead-serious, yet entertaining, story of two demons who discuss, through a series of letters, the best way to derail the faith of a follower of Christ. Through these clever correspondences, Lewis shares some important principles regarding Christian living.

Sherwood Pictures Films: Someone who knows me well might note that I am not a huge cheerleader for films like Fireproof and Courageous, not because of the wonderful messages that these films bring to screen, but for the rather egregious merchandising that follows them. However, that criticism out of the way, I highly applaud the principles that these films convey in a highly engaging manner. These stories are entirely fictional, and yet they teach basic tenets of what it means to be Godly in our relationships with our families. This can only be seen as a good thing that can reach people that may not know Christ.

Francine Rivers novels: While not a personal fan of her works, I know that my wife dearly loves Redeeming 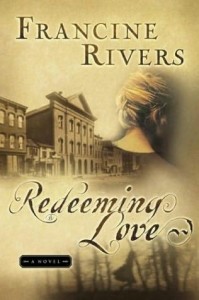 Love and the Mark of the Lion trilogy. Redeeming Love is a fictional reframing of the story of Hosea and his troubled relationship with his prostitute-wife Gomer. The Mark of the Lion series tells the story of fictional God-fearing individuals in the first-century Roman Empire. These stories are entirely conjured by the author, and yet again, important Christian principles are taught through these works of fiction.

These are but a few examples of what I think are highly valuable works of Christian fiction. Sure, they shouldn’t take the place of daily Bible readings, but they can certainly form a “canon” of fictional works that can edify, encourage, and enlighten.

And that I believe is extraordinarily important.

When I set out to write my recent novel, The Perdition of Zephyr Hopkins, I was mindful that, while I wanted to write an engaging story of a man’s downward spiral in the face of seemingly insurmountable financial obstacles, I also wanted to present something of a parable of what can happen when a man strays from living the way that Christ would want him to. Zephyr Hopkins is a tragic character that shuns—for the most part—the advice of his pastor and continues crafting a web of deception that plunges him into a seemingly bottomless pit of despair.

Zephyr Hopkins is a believer that has strayed from the path of righteousness, and his descent into the mayhem of piling lie upon lie upon lie hurls him into a living Hell.

But is the story of Zephyr a story of a situation without hope of redemption? Here’s a better question: is anyone’s story a story that has no hope?

This is the story of Zephyr Hopkins—horribly flawed, stubborn, and prideful. And yet, by the end of the book, when faced with a situation that no one would ever want to find themselves in, he must make a decision to face up to his sin, or escape entirely.

Do I have hope that someone who reads The Perdition of Zephyr Hopkins  might resonate with the horribly imperfect protagonist and seek to make changes to eliminate those flaws through the grace and power of God? Absolutely.

Will I ever know if that happens? Maybe. But probably not.

But I can certainly hope that my readers who find themselves at the intersection of faith and fiction might choose to seek God’s guidance to build their faith and continue down the road towards righteousness.

JESSE S. GREEVER is the CEO of eLectio Publishing, a Christian publishing company. He is also the author of various works of short fiction and full-length non-fiction books on the value of sacrificial, Godly generosity. He lives in Little Elm, TX with his wife and two daughters.

You can connect with him on his website, www.jessegreever.com, as well as on Facebook and Twitter. His most recent release, The Perdition of Zephyr Hopkins, can be purchased at Amazon, Barnes & Noble, and iTunes.