You Are Here: Days of a Domestic Dad » A Sneak Peek of ALICE THROUGH THE LOOKING GLASS – Teaser Trailer
November 10, 2015

The gang is back for the sequel to 2010’s Alice in Wonderland! Filming has begun in England for the follow up to the popular Alice in Wonderland. The film will be based on author Lewis Carrol’s book called simply Through the Looking Glass published in 1871.

The entire cast will return for the sequel including Johnny Depp as the Mad Hatter, Helena Bonham Carter as the Red Queen, Anne Hathaway as the White Queen and Mia Wosikowska as Alice. The 2010 movie won two academy awards, one for costume design and one for art direction. It was also nominated for visual effects. 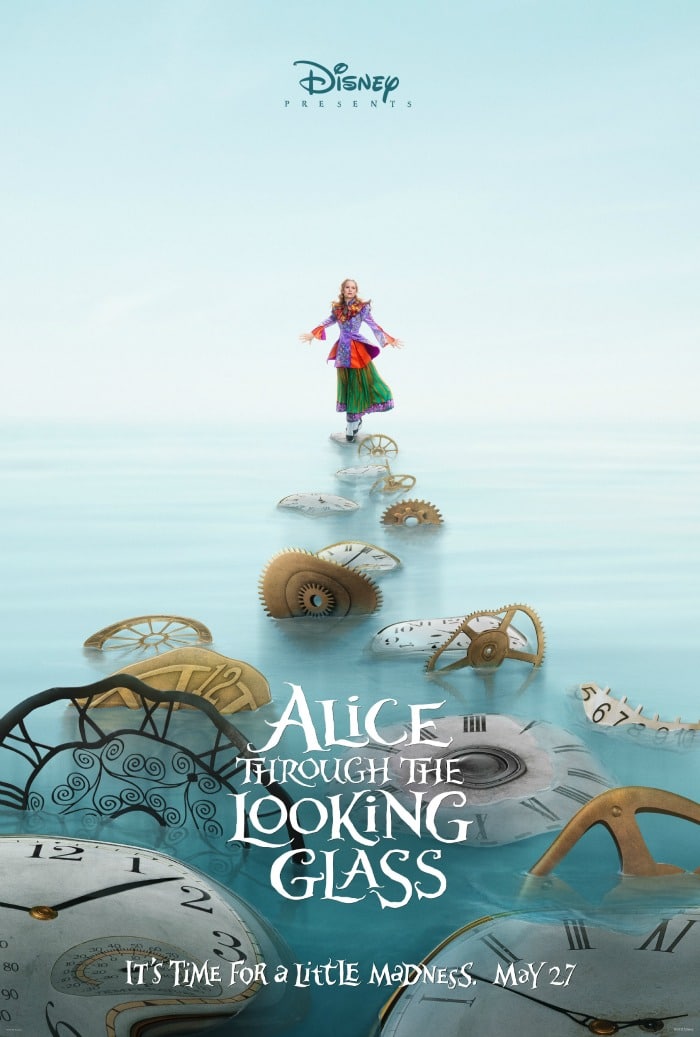 The new movie follows Alice in her journey through the Underland to find that the Mad Hatter isn’t well. She then works with Time, a time traveling character played by the very talented Sacha Baron Cohen. The character Time is said to be a little mad, even by the standards of the Wonderland world.

The duo begin an adventure of time traveling to various points to find out what is wrong with the Mad Hatter and it’s shown that a bit of the plot will end up being a prequel for what happened in the last movie.

Alice Through the Looking Glass will be directed by James Bobin and was written by Linda Woolverton. Bobin directed the two most recent Muppets movies, 2011’s The Muppets and 2014’s Muppets Most Wanted before that he worked as a writer and director on Sacha Baron Cohen’s Da Ali G Show. Woolverton is a Disney mainstay having wrote the screenplay for 2014’s Maleficent, 2010’s Alice in Wonderland and for one of Disney’s most memorable and successful animated features, 1994’s The Lion King.

ALICE THROUGH THE LOOKING GLASS Trailer

Also coming to the new movie will be many of the same voice over actors from the original movie. The talents of Stephen Fry, Alan Rickman, Michael Sheen, Timoth Spall and Toby Jones will lend voice to the colorful characters of both Underland and Wonderland.

Alice in Wonderland was a vivid movie to watch with bright colors, amazing effects and 3D images that thrilled audiences. Much of the same and more can be expected from its sequel. Alice Through The Looking Glass is due in theaters from Disney on May 27, 2016.